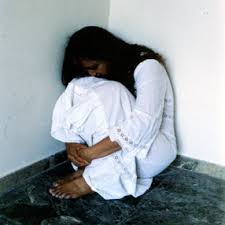 Some succumb to usury with a certain degree of guilt. Those who waste money dragged by gambling addiction and then ask the loan shark for money to continue in their vice, have little responsibility for what happens to them (except in cases of serious psychological illnesses). Others have reached a situation of economic hardship because they have irresponsibly administered their possessions; in the end, they feel the urgency of fast money, and they easily fall into the hands of unscrupulous lenders.

But many others are caught up in usury simply by non-guilty situations. Parents who do not get the money they need to feed their children; the young man who needs money to pay for the last year of his career and thus be ready for an important occasion on his career path; the man or woman who will lose the house and will have to sleep on the street if they do not pay the rent bills... Thousands and thousands of people live under the anguish of urgently getting money, which is offered to them, without much paperwork but with murderous interests, with the hand of ruthless loan sharks.

Loaning exorbitant interest certainly produces a small relief: at least you pay off the urgent, and so one survives a few more days. But the price is very high: the money that could be obtained is associated with the pressure of criminal interests, which "force" to return much more capital than received.

That's why usury creates slavery and despair. Help for today quickly becomes a terrible monster, devouring and destroying what one can earn from his work or the basic belongings that have been preserved to those dramatic moments.

How to overcome these kinds of situations?

It seems utopian to work for societies where no one feels the urgency of money. But you can gradually create aid systems so that those most in need have access to fair loans, and support so that they can soon find a job they can get ahead of. Such support must come from the same family members and from men and women of goodwill, ready to offer what is necessary to those living in hardship.

The condemnation against usury is one of the strongest we find in Catholic doctrine, although many do not remember it. In the book of Leviticus, we read: "If your brother becomes impoverished and hesitant his hand in matters with you, you will keep him as an outsider or guest, so that he may live next to you. You will not take from him interest or usury but fear your God and let your brother live next to you. You will not give him your money for interest, nor give his food for usury" (Lv 25, 35-37).

At a general audience, John Paul II recalled the need to "not lend money with usury, a crime that is also in our day an infamous reality, capable of strangling the lives of many people" (February 4, 2004).

Benedict XVI, in the encyclical published in 2010, "Caritas in veritate" (n. 65), called for concrete measures to protect the most vulnerable from the risks of usury, as well as the duty to teach them how to defend themselves against this threat.

In situations of economic crisis afflicting various places on the planet, the desperation of many unfortunately triggers the greed of the loan sharks, who even, with appearances of legality, will offer "easy" money at an enslaving price.

Therefore, fighting poverty, promoting concrete actions of solidarity, being available to assist in their primary needs to those most in need, will make it possible for few to fall under the clutches of usurpers, and for men and women to be able to recognize that the world is beautiful when the necessary help comes from friendly and selfless hands.