Featured
articles
Martin Freeman, The Hobbit, claims to be one of the few people I know who believe in God
The British actor, who grew up in a Catholic family and studied in the Salesians, explains in an interview that Jesus was his first stone of moral touch, and his story the greatest ever told. 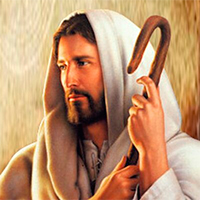 Every day of his appearance, his stature, his voice, characterize many of the roles he has played. Martin Freeman makes everyday art, and the best proof of this skill is the role of Bilbo Baggins, the celebrated 'Hobbit' protagonist of the story of J. R. R. Tolkien, who has been given to him by director Peter Jackson and who will arrive in the coming days on screens and everybody.

Freeman was born in 1971, Aldershot, Hampshire, and is the youngest of a family of five. At just 10 years old, his father, a navy officer, died of a heart attack. By the time he died, Freeman's parents had already separated.

He was raised by his mother, Filomena, as a Catholic. As a child, he went to the Cardinal Newman School and later became a student of the Salesian Fathers: "My first moral touchstone was Jesus", acknowledges Freeman. "And although the relationship with my faith has never been easy, I am not what a Catholic practitioner says, I am one of the few people I know who believe in God," he said. "The film Jesus of Nazareth by Zeffirelli, with the actor Robert Powell in the role of Jesus, was the first incarnation of Jesus that I saw. I was five years old, and I remember thinking: it's amazing, brilliant. That movie had me admired".

From a very young age, the performance has been his escape route. When he premiered the family comedy Nativity!at Christmas 2009, he stated: "The idea that the humblest will be exalted is undoubtedly a great idea, so perhaps it is said that the life of Jesus is the greatest story ever told. It's a story with a really beautiful start. When we watch a movie, we always side with the most underdog. Well, who is Jesus but the most helpless? Whether you believe it or not, its history is the best lesson about how to look at the world, and the really hard thing is to apply it to the day-to-day, being a Christian is really difficult", he says.

"For me, religion is valid to the extent that it brings good ideas and good things to offer to others, such as the idea of redemption, that it is possible to change, and change things around us," he acknowledges. An idea, that of transformation and redemption, that master Tolkien developed better than anyone in the story of The Lord of the Rings and his prequel, The Hobbit. Maybe it's not the biggest ever told, but it's one of the biggest.