Featured
articles
Democracies: when a victory is a defeat
Sometimes the victory of a single candidate or a party becomes a defeat when the numerical victory brings to power a group that will rule unfairly 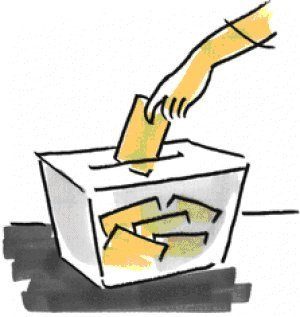 It is part of the workings of modern democracies: one candidate wins, others lose. Supporters of the winner celebrate the results. Supporters of losers analyze, perhaps weep, their defeat.

Sometimes the victory of a single candidate or a party becomes a defeat when the numerical victory brings to power a group that will rule unjustly.

There are, therefore, democratic victories that generate defeats, and this happens more times than we imagine.

To mention a few cases, a democratic victory generates defeat when the ruler works only for his supporters and marginalizes those who voted for other parties.

A democratic victory destroys the state when from above it encourages hatred, contempt, division, the struggle against each other.

A democratic victory becomes defeat if it throws a people into unjust wars, towards the mourning madness, towards oppressive imperialism, into contempt for other neighboring or distant peoples.

A democratic victory corrodes social life if it legalizes abortion if it promotes economic systems that harm the poor and favor only the rich if it weakens marital unity if it crushes respect for the fundamental rights of people.

Throughout the year, the press or television presents us here or there with euphoric squares of those who applaud a winning leader at the ballot box. We do not imagine that in not a few cases these applauses will be silent in the face of the defeat of justice, freedom, coexistence, of the healthy ideals that allow the life of a people.

Yes, there are democratic victories that are a defeat. Avoiding them is almost impossible because, for some, the only thing that decides everything in democracies is the number of votes each candidate receives.

In front of this situation, any serious efforts made to organize public life in respect of basic rights over even election results will be welcomed, for the sake of all those who, voters or non-voters, live under the state flag and expect good rulers to work for justice and peace.