Featured
articles
Peace, dialogue and conversion
How could a dialogue lead to peace if there is an almost insatiable thirst for anger and violence in hearts? 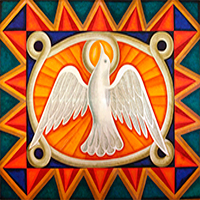 When a conflict erupts, when they speak the weapons, many invoke dialogue as a way to overcome the ills of every war.

However, precisely because there are hatreds, cravings for power, ambitions and desires for vengeance, dialogue is extremely difficult.

because, how is it possible for a dialogue to lead to peace if there is an almost insatiable thirst for anger and violence in hearts?

For the same reason, it will only be possible to find ways to peace if it starts at all, or at least in many, a sincere conversion.

in that conversion ones and others will recognize their guilt. That is the first step for change, to reach concrete and effective truces.

Then, when they shut down the weapons, it will be possible to give more attention to civilians, and open spaces for humanitarian aid.

The conversion will make it possible to construct an open dialogue to the listening, available to the search of justice, ready to the forgiveness, prepared to recognize the own responsibilities.

A dialogue based on conversion, and not other failed attempts at negotiations that do little or nothing, will build bridges, host the legitimate demands of each other, leave aside pre-powers and ambitions.

To achieve that peace that so many want, especially the most vulnerable, and who also yearn for soldiers (which are not stone), conversion is an indispensable requirement.

For believers, this conversion is a gift that comes from God, which touches the hearts, which denounces arrogance and hatreds, that allows to recognize the dignity of the other, and that impels the Act, free and generous, of forgiveness.

Therefore, every genuine effort to achieve good peace carries with it a humble and insistent prayer to the father of heaven, for conversion to overcome the innumerable evils of wars, and to grant men and societies the great gift of Justice.