Featured
articles
The chosen one
Rarely has a new actor on the world stage caught so much attention so quickly from young and old, believers as Pope Francis has done. 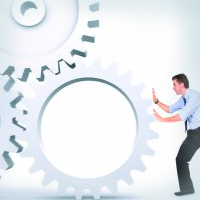 At a time when the limits of leadership are tested in so many places, a man arrives without an army or weapons, without a kingdom beyond a small piece of land in central Rome, but with the enormous backing of the wealth and weight of history, to plant are a challenge.

Once upon a time, there was a child so docile and modest that he was awarded a medal for being "The Most Humble." The next day they took it off because they used it. That's how the lesson ends.
How do you practice humility from the most glorified throne on Earth? Rarely has a new actor on the world stage captured as much attention, from young and old, believers and cynics, as the Pope has done.

In his nine months on the throne, Francis has put himself at the very center of the main conversations of our time: on wealth and poverty, impartiality and justice, transparency, modernity, globalization, the role of women, the nature of marriage, the temptations of power.

At a time when the limits of leadership are tested in so many places, a man arrives, without an army or weapons, without a kingdom beyond a small piece of land in central Rome, but with the enormous backing of the wealth and weight of history, to plant challenge. The world is getting smaller; individual voices are heard louder and louder; technology makes virtue go viral, so Francis' pulpit is visible to the edge of the Earth. When you kiss a disfigured man's face or wash the feet of a Muslim woman, the image echoes far beyond the boundaries of the Catholic Church.

Skeptics will point to the obstacles Francisco faces to achieve something concrete, beyond making the less fervent believers feel better about the more moderate tone of Rome and free while ignoring the most substantial issues. The Catholic Church is one of the oldest, largest and richest institutions in the world, with 1.2 billion faithful, and change is not something natural in it.

In its best version, the Church inspires and instructs, helps and heals, and calls the faithful to listen to their most benevolent angels. But it has been weakened worldwide by scandals, corruption, the shortage of priests and competition, especially in the fertile missionary fields of the southern hemisphere, of evangelical and Pentecostal rivals. In some places, the teaching of central doctrines on divorce and contraception is widely ignored and orthodoxy is ridiculed as outdated. Vatican bureaucrats and clergy are accused of internal disputes, corruption, blackmail and an obsession with "petty rules," as Francis maintains, instead of the enormous possibilities of grace. Do not just preach, listen, say. Do not rebuke, heal.

And yet, in less than a year, he has done something remarkable: he didn't change the words, but he changed the music. Tone and temperament weigh in a church built on the substance of the symbols "bread and wine, body and blood", and therefore it is a mistake to dismiss the symbolic choices of any pope as gestures that lack the strength of the law. He published his first apostolic exhortation, an attack on "the idolatry of money", just as Americans were celebrating Thanksgiving and assessing whether to spend this holiday, set for gratitude, in malls.

This is a man who handles the times very well. He does not live in the papal palace surrounded by courtiers but in an austere residence with pilgrims. He prays all the time, even when he waits for the dentist to attend. He pulled out of circulation the Mercedes and replaced it with a Ford Focus with a few scratches. He doesn't wear fancy red shoes or ropes, he wears an iron cross instead of a gold one on his neck.

When he rejects pomp and privileges, he first reveals the Vatican's finances, rebukes a German archbishop for overthrowing, telephones troubled strangers, and offers to baptize the baby of a divorced woman whose lover he wanted to be married who wanted to abort, it is doing more than becoming an example of compassion and transparency. It is accepting complexity and admitting the risk that a church obsessed with its rights and virtue can cause more wounds than it heals. When asked why he doesn't seem interested in waging a culture war, he refers to the battlefield. The Church is a field hospital, he says. Our first duty is to assist the wounded. You don't ask a man who's bleeding what his cholesterol level is.

This focus on compassion, together with a general aura of joy not always associated with the princes of the Church, has made Francis a kind of rock star. More than 3 million people arrived at Copacabana beach in Rio de Janeiro last July to see it, the crowds in St. Peter's Square are euphoric and the Souvenir are sold in record numbers. Francesco is the most popular male name among babies in Italy.

Churches report a "Francis effect" of non-practicing Catholics who have returned to Mass and confessed again, although anecdotes are no substitute for evidence and polls among American Catholics show so far little change in practice. But the fascination with Francis, even beyond the Catholic circle, gives him an opportunity that his predecessor never had, Benedict XVI: magnify the Church's message and its power to do good.

The good reception of the secular press makes him suspicious among traditionalists, who fear that he buys popularity paying the price of a diluted faith. He has deftly used the fascination of the media to draw attention to many issues, from his prayers for peace in Syria to his sharp attack on the drip economy, which inspired Jesse Jackson to compare it to Martin Luther King and Rush Limbaugh to ask if he's a Marxist.

When you're a celebrity in the media, every word spoken is carefully analyzed, as is what you choose not to say. Why did you not refer in more detail about the scandal of sexual abuse committed by priests? The supporters of the victims ask. (This month, he established a commission to address the abuse of children by priests.) Why does he not speak more of the holiness of life", the traditionalists ask, who observe that in their exhortation abortion was only mentioned once, while mercy appeared on 32 occasions.

Francis ratifies traditional teachings on sexuality while warning that they distract the Church. Attacks priests who refuse to baptize children of single mothers for practicing a "rigorous and hypocritical neo-clericalism". Declare that God "has redeemed us all. not just Catholics. Everyone, atheists, too." Poses with environmental activists showing a T-shirt that condemns fracking, and calls on politicians and business leaders to be "protectors of creation".
None of this makes Francis liberal, who also claims that an exclusively male body of priests is not in dispute, nor is abortion, nor the definition of marriage. But its focus on the poor, and the fact that 0.1% of the world's richest people control 81% of the wealth, anger those who defend capitalism as the most successful anti-poverty program in history.

You could argue that it's Teddy Roosevelt protecting capitalism from its excesses, or simply saying what its predecessors have said: that Jesus calls us to worry about those who have the least, even though he says it in a way that makes people listen differently. And that can be especially important when the first Pope of the New World says so. A century ago, most Catholics lived in Europe; today less than a quarter resides there, and how it is heard in countries where being gay is a crime and women in leadership positions a heresy could have the power to transform cultures in which Catholicism is a rising and potentially liberating force.

These days it's exhilarating to hear a leader say anything that bothers someone. Today, liberals and conservatives alike face an election when they hear a new voice of conscience: what is more important, that this charismatic leader says things that they think needs to be said or that they also say others that they would rather not listen to?
The heart is a strong muscle and Francis proposes a rigorous exercise regimen. In a very short period, a broad, global and ecumenical audience has shown a longing to follow him. Having moved the pontificate from the palace to the streets, committing the world's greatest religion to address its deepest needs and balancing judgment with mercy, Pope Francis is TIME's 2013 Person of the Year.