Featured
articles
About music
Why does music occupy a prominent place in our lives? 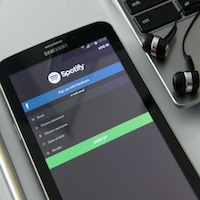 Thousands of music throughout history have accompanied human beings. In the plains and mountains, between huts and skyscrapers, melodies and letters have always been present.

Why does music occupy a prominent place in our lives? Because the music comes to the innermost of the heart. Comforts or saddens. Animates or discourages. Educates or deforms.

Rhythms and harmonies influence, consciously or unconsciously, on each one. Sometimes they arouse a serene, comforting emotion. Other times provoke a strange feeling of restlessness or uncontrolled passions.

Lyrics also come into people's minds. With them, the kindness is promoted or the Vileness Exalted, the virtues are defended or the vices are diffused.

That is why families and educators need to be aware of the importance of music, to highlight the one that promotes good and to denounce the one that leads to disorder and injustice.

Unfortunately, in many places music has become a means of fomenting hatred, sensuality, greed, the thirst for vengeance. It hurts, to indicate just one example, to see thousands of people shouting a hymn full of rage and contempt towards people or towns are seen as "enemies".

Backward, it is comforting to find so many other pieces of music that defend good principles and solid virtues, praising the beauty of marriage and family, inviting a life of solidarity and full of true love.

Music also has a rich religious dimension. So many groups of believers have given a special relief in their rites and ceremonies.

The Catholic Church has also promoted, from its first centuries, melodies and songs to bring the soul of the baptized to God and to remember the great facts of salvific history.

The music, well dosed, is a great help in the way of the people. For the same reason, it is worth a serene reflection that allows leaving aside songs that harm, and that promotes and encourages so many other melodies that gently lead the hearts to goodness, justice, beauty, generous delivery to other human beings