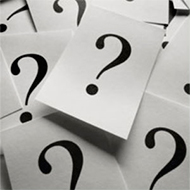 He has his art: to know how to fight a question and, instead of answering, take advantage of any occasion to disseminate his ideas.

Ask the politician whether there is a plan to prevent water shortages in various parts of the country. He replies that the Government maintained its commitments, as seen in the road arrangements, and that it was attentive to the new needs.

They ask the politician B if his party, in the case of winning the election, would raise taxes on the inheritance. He replies that the important thing is to meet the needs of the most disadvantaged classes and seek to redistribute the wealth among the population.

Ask the politician C what he would do if a new scandal was discovered in his parliamentary group. It responds with attacks to the opposition party, which would be filled with mud to the eyebrows...

The funny thing is that people like these, not only in the world of politics, are still invited to interviews, meetings, conferences as if their elusive competition and their ability to leave unanswered many questions was a triumph to exhibit Continuously.

Thank God, there are politicians, and non-politicians, who face serious questions and do so seriously, who respond to what they know and recognize what they do not know, and who take note of what they need to study to give in the future appropriate answers to questions Important.

In a world where the image has a key role for the triumph of people with little technical knowledge and a lot of skill sophistic, it is good to find other honest people, able to face difficult questions with naturalness, simplicity, respect, and With proper answers.