Featured
articles
Mathematics reinforces the certainty of the absolute truth that is God: speaks a mathematical Nobel
The Italian mathematician Enrico Bombieri reflects on the logical truth in mathematics and also on God, creator of a universe with logic. 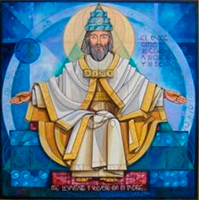 It seems incredible, but nobody knows the most important Italian mathematician. Or at least no one outside the scientific world. His name is Enrico Bombieri, the only Italian to have won the Fields Medal, which corresponds to the Nobel prize of mathematicians. He teaches at Princeton University in the United States.

The optimal Francesco Agnoli has recently interviewed the prestigious mathematician, who has pondered extensively on the relationship between science and metaphysics, explaining: "for me mathematics is a model of truth, although it is a pretty model restricted by clear rules of consistency, which tells us that an absolute truth (with capital V) must exist even if we cannot comprehend it".

And he adds: "Trying to justify the existence of God with mathematics reminds me of the story of St. Augustine when, walking along the seashore meditating on the mystery of the Trinity, he met a boy who collected the water from the sea with a Spoon and threw it carefully into a pail. St. Augustine asked him: Boy, what are you doing? and the young man replied, "I am counting how much water there is in the sea".  "But this is impossible!" retorted St. Augustine. And the boy answered, "Understanding the mystery of the Trinity is more difficult". Mathematics, which is the science of logical truth, certainly helps us to understand things and is therefore natural for a mathematician who believes in God, whatever his denomination, to reconcile the concept of God's existence with the truth that comes from mathematics, although it is limited.

"For me", follows Professor Bombieri, is enough what Metastasio says (Italian writer and poet and one of the most important opera writers of the XVIII century): 'Wherever I turn my eyes, there I see immense God". To look at the universe, in our smallness, in the great at the limit of the incomprehensible, and also in the abstract of mathematics, is enough to justify God ».

The Big Bang and St. Augustine

On the other hand, he adds, "The Big Bang of modern astrophysics does not make us think only of biblical creation, but also tells us that time has been created together with the universe, a concept that goes back to the metaphysics of St. Augustine. Mathematics is essential to give consistency to all of this, but alone is not enough to say that this view of the origin of the starry universe of Kant is 100% exact".

The famous mathematician also wanted to remind his master, the great mathematician Ennio De Giorgi: Some poor people from Giorgi tried to help assiduously had learned their timetables and when he arrived at Piazza dei Cavalieri, at the foot of the staircase that leads to the entrance to the normal school (of Pisa), they were already there. He always wore something to give them, without making them feel uncomfortable, without ever having a gesture of impatience and even less of annoyance. I was astonished to see these impulses of generosity and it really seemed to me that the goodness of God manifested itself in him in a sublime way".

A concrete God, with love.

"Pascal and De Giorgi", continues to say Bombieri, "they had understood that God is not only a Platonic God, abstract, geometric, arithmetic or simply creator of an abandoned universe to himself. They had the vision of a god who is more difficult to understand, a god who is made not only of power, but also of infinite love. Only in this way is it possible, humbly, to accept the Christian concept of redemption".

The interview is as a whole a great beauty and worth reading (here in Italian PDF). It is interesting, for example, the comment of Professor Bombieri to the verses of Dante, a poet that he loves very much ("Dante is a deep knower of the human soul and shows us how the world of nature, the world of the forces that guide human life and the transcendent world that belongs to God are intertwined with each other", he said), as well as the reflection he makes about good and evil and his existence in the mathematical world.

There is also room for a comment to Benedict XVI's speech of April 2006 on mathematics. Bombieri says: "The mathematical consistency of our universe is certainly a reason to see the Creator God of the universe, as Pope Benedict XVI expressed in his speech. However, there is something else. Abstract mathematics, as a coherent science of logical truth, reinforces us in the certainty of the absolute truth that is God. God is creator, infinite love and infinite truth".

The depth of the reflections of the Italian winner of the Fields Medal, which can be seen in this interview, is certainly the reason why the frivolous media world unfortunately prefers to give space only to pseudo-intellectuals, armed with texts Superficial and banal provocations. This interview has been a very appreciated exception.

In the next video, some phrases from great scientists about the harmony of the universe that brings them closer to God