Featured
articles
Charity: the center of the social doctrine of the Church
Charity, Truth, Freedom: These are key notions that enlighten awareness and guide decisions. 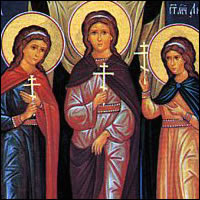 In his encyclical "Caritas in Veritate" (June 2009), Benedict XVI underlined it (Introduction, N. 2), noting how charity serves as a guide not only to the "micro" (friendship, family), but also to the "macro" (Social life) sphere. Political and economic).

That is why all economic and political activity, as Benedict XVI recalled, has to have man as center and end, because, using familiar terminology to the world of finances, it is necessary to remember that "the first capital to be safeguarded and valued is the Man, the person in his integrity "(" Caritas in Veritate "N. 25).

This is where the issues relating to bioethics and respect for life are placed, that occupy an important place in "Caritas in Veritate" and that are in close relationship with the effort to eradicate poverty in the world (N. 28, which anticipates an idea that often appears in the MA Gisterio of Pope Francis).

Also the relevance given to religious freedom occupies a particular reflection in the encyclical of Benedict XVI, freedom attacked in some places by religious fanaticism and in others by some practical atheism or by religious indifference, in which It dispenses with the transcendent condition of the human being ("Caritas in Veritate" N. 29).