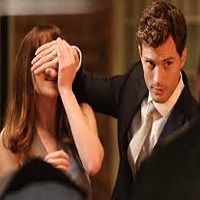 I thought the worst of Fifty Shades of Grey written by E. L James would be the guilt of her bad deed. Oh God, how wrong I was!

I have a confession to make, until today I knew very little about Fifty Shades of Grey, apart from the inevitable. Twilight is one of the few books in my life that I have not been able to finish, partly because of the emotionally abusive relationship between Edward and Bella. As such, I had so little interest in this twilight-inspired success that I actively disconnected every time someone mentioned it or saw a new story about it. I even wrote about all the things I would rather do before watching the fifty-shadow film of Grey... And read the book was number one on my list

This is what I knew before reading the book: The Fifty Shadows trilogy of E. L James was an evil piece disguised as a fanfiction of Twilight, Hidden as an original story. It tells the unconventional love story between Christian Grey and Anastasia (whose surname had not been recorded), who were involved in a sadomasochistic relationship, represented with a lot of misspelled sex scenes. I imagined that my opinion might look cheerful, a bit of humor in the face of how terrible a bestseller can be.

This is what I now know: In comparison with the other very problematic aspects, the bad writing in fifty Shadows is almost welcome, because in the background, Fifty Shades of Grey is the glorification of an abusive relationship, which the author assures that it is A love story, and there's nothing funny about it.

Well, who are Anastasia and Christian? Like Bella in Twilight, Anastasia is an empty character, designed to be bland enough for the readers to put in place. A clumsy girl with low self-esteem, is a walking stereotype. She bites her lip, mumbles and sputters, looks down and blushes. Footnote: She says "Oh my" more than 70 times in the book, which is an average of almost three exclamations per chapter. Ana has no personal or sexual identity before meeting Christian, and he quickly consumes her life. Fulfilling the sexual fantasies of both Madonna and a prostitute, she is an extremely innocent virgin who happens to develop an insatiable sexual appetite just for Christian and, surprisingly, has no reflection of vomiting. How lucky is Christian Grey?

Ana is certainly not doing feminism any favors, but she is not the most misogynistic character I have ever read in my life. Christian Grey, on the other hand, is completely despicable. The problem is that author E.L. James prepares us to call him our hero. A misunderstood and damaged hero, but a hero at the end of the day. It is expected of us, like Anne, that we feel bad for him, and that we encourage her to save him. Well, a resounding not to that.

Fifty shadows can be read from Ana's perspective, but as the title makes it clear, it is totally Christian's story. The author informs us that at 15, Christian was the victim of rape and child abuse by one of her mother's friends, with whom has kept in touch as an adult. Ana shows some disgust about this (although she is often just jealous of Christian's sexual history). However, Christian dismisses his concerns as evidence of his jealousy or innocence, as well as the misunderstanding of the wonderful relationship he holds with his child molester. This is just the beginning of the problematic representation that James makes about consent.

The power dynamics in Ana and Christian's relationship mimics his and his abuser. Christian is a controlling, jealous, and obsessive with power. She breaks Ana's phone and stalks her to find her addresses and her mother's, attitudes that are minimized as jokes or that are intended to communicate "their care" by Ana. When Ana faints drunk, he takes her to her hotel room without her consent and undresses her while unconscious. He admits to being sexually aroused when she says no.

Then, in Chapter 12, Christian rapes Ana. I read this chapter twice, sure something had been overlooked. How did I know nothing about this? Was this scene in the movie? There's no other way to interpret the scene. Ana sends Christian an email that can be understood as a break with him, and at that time he goes home and holds her to the force, violently on her even after she has said "No". Ana's inner monologue informs us that she is actually saying "no" because she is worried that her feet will smell bad when he takes off her shoes (then she looks for an escape route), but Christian has no way of knowing this. Although she breaks into tears after he leaves, then shows that she has enjoyed the experience, which I guess is the way James informs me that at the end of the day everything is fine.

When Ana tells her that her message was a joke, Christian replies: "Only certain things are fun, Anastasia. I thought you said no, no discussion at all". This, seems, is reason enough to enter his ex-girlfriend's house and rape her. This sequence is never mentioned again.

I want to be very clear. Ana and Christian's relationship is not admirable, or romantic, or even vaguely consensual. It is a sexual and emotionally abusive relationship that the author hopes will leave us open-mouthed. Christian uses tactics of abuse to ensure that Anastasia fulfills all her whims and desires: he threatens her physically, changes her mood so quickly that she is constantly out of balance or unstable, makes her feel that he is the only one who can make her feel special, away from the few friends she has so she is forced to rely on him alone, and makes her apologize for her own feelings or concerns. He puts her in a position where she feels she can't say no, either sexually or emotionally, and where she feels lucky when he manages to act like a normal human being.

In a moment Ana really thinks, "Now I feel like a container, an empty glass that is filled at will". It is strange and uncomfortable to see how often James makes Ana aware of how she should act to protect herself, just to dismiss that consciousness because of her apparent love for Christian.

When she says to her, by email, because in person he is unable to communicate honestly with the man with whom he is in a relationship, that he makes her feel "degraded, battered and assaulted", he says: "Do you think you could embrace those feelings and deal With them, for me? That's what a submissive would do". That's right, Ana, crush those emotions because at this point, they are not suitable for Christian.

The portrait of his sadomasochistic relationship is not only unrealistic, but detrimental. Instead of being an act of trust, love and understanding, it is simply another mechanism through which Christian can control Ana. He is obsessed with owning it, owning it, and claiming it as his own. It is the most flagrant act of objectivity I remember reading. When I think of the humorous critique that I intended to write, I get sick.

What about the rest of the book? To be fair with my pre-fifty shadows, Scripture was predictably bad. You will think that I am inventing these lines, but I assure you that they appear in the book: "My inner goddess is dancing meringue with some salsa movements"; "I thought the sex we had was like a chocolate-covered brownie, with a cherry on top. But well, what do I know?" and, perhaps the best, "finally, my spinal bulb reminds me of its purpose, I breathe".

Even if you can ignore the abusive aspect (and I can't, but hey, let's try for the purpose of this exercise), the sex scenes are so clumsy, unpractical, and sometimes virtually impossible, I wonder if this author has actually had sex of some mode. Anastasia is invariably excited by Christian when he pulls her earlobe and licks her feet, but hey, anybody does that for you. I still don't know how these sex scenes have made this book loved by so many readers around the world, but you can't argue with the likes or the internalized misogyny that makes us think that abusive relationships are good. Also, even though he is the apparent expert on sex, maybe someone should tell Christian that women can still get pregnant during their periods (and that removing someone else's tampon is simply disgusting, so please don't).

The end of Fifty Shades of Gray is also the end of Christian and Ana's relationship (although, spoiler alert, there are two more deliveries so guess how long it lasts). It is not exactly the joyful moment you can be waiting for. This is not the culmination of Ana recognizing and escaping from a situation of mistreatment; rather, she leaves because she has failed Christian, because she cannot fix it or fulfill her needs. In this situation, it is expected to understand that Ana is the "total failure", not her rapist and abuser. I would like to expect books two and three to deal with the criminal charges that she raises against Christian and his slow road to recovery through the emotional support of his friends and family, and the search for professional help, but I have the feeling that will disappoint me.

Then why does all this matter? Fifty Shades of Grey has sold more than 100 million copies worldwide and has been translated into 52 languages. The film hopes to have a great weekend at the box office, and the adaptation of the two sequels of James (Fifty shadows Darker and fifty Shadows released) is probably on the way. Through the popular success of her books, E.L. James normalizes this kind of abusive relationship, even doing something that the readers aspire to have.

I shudder to think of the women or men they want and hope to find their own Christian Grey.