Featured
articles
Smells like fake news
How to identify a false news: 6 tips to realize 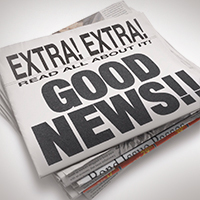 The false news revolves with astonishing speed. As is also surprising the number of people and Internet sites that believe them.

At the moment of emotion, it is not easy to distinguish between the false and the true.

"A car with a terrorist killed three people." Within a few hours we know that the driver was a poor drunk...

"Hundreds of Christians killed and burned in such a place." A terrible photo accompanies the data and gives it more realism. The "experts" know that the photo refers to a serious fire of years ago and not to murders.

"A false invalid pretends healing in Lourdes and then suffers a real accident." They even give the name and surname of the phony. And many still believe an invented news without any foundation.

A little prudence makes it possible to discover symptoms of falsehood in news that are not for lacking completely credibility. Some are listed here.

First, a false story usually revolves without a journalistic signature that supports it or with a little identifiable signature.

Third, false news usually has no date. For example, "the police entered such a place and found such a person," but the date does not appear anywhere.

Fourth, a false news conceals the "informants". Certainly, the serious journalist may have reason to omit who provided the data to him, but as is obvious in the false news this omission is obligatory.

Fifth, a false story can revolve with different versions. Some indicate 3 dead, another five, another 8. Some add new details to enrich the whole...

Sixth, a false news can be endorsed with names and surnames of important political and military authorities. It's a typical thing to justify sanctions or attacks on countries or people. Just remember the "history" of chemical weapons in Iraq...

There are more signs or indicators. The important thing is to have a sound critical sense when it starts to turn the last scandal of a politician, artist, football player or entrepreneur, or an alarming news about kidney theft in young people drugged during a party...

"Explosive" information appears on my screen. Yes, it smells like fake news. Maybe in the end he finds out it was true. But, meanwhile, a little caution and a first research on the origin of this "news" will help me avoid mistakes, better evaluate this case and, above all, give preference to so many true and safe news that deserve attention and follow-up.