Featured
articles
Einstein, atoms and prejudices
The way to defeat laziness is in love 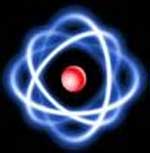 There may be some text to cite exactly when, how and by whom this phrase was first said, but it does not seem easy to know precisely when it originated. What is evident is that in many places quoted as Einstein's phrase, no reference is offered to ensure their authorship.

There are even Internet pages that collect lists of phrases attributed to Einstein and separate the true from the false. The phrase about atoms and prejudices is sometimes on the list of true phrases, while in other places it is marked as among the false...

In other words, to attribute to someone what is not certain to have said obeys to that human credulity by which they accept, with little critical spirit, as true certain affirmations, and then to repeat them again and again, with which they promote prejudices that move away of truth.

With regard to the phrase of atoms, their disintegration and prejudices, it is even sympathetic to see it attributed, almost like an unquestionable mantra, to Einstein, by those who wish to promote the critical spirit, when a serious person would not attribute it to the great German scientist without a minimum of documentary guarantees.

If Einstein were alive, perhaps he would assume the content of the sentence, at the same time that, if not his, he would add: precisely because I recognize that prejudices can depart from the truth, I ask that I am not attributed a sentence that I have never said.

The famous phrase about atoms and prejudices cannot be attributed to Einstein until sufficient evidence is offered. At the same time, that phrase, whoever it is, invites us to be more cautious before accepting for real what is not guaranteed to be, to put aside prejudices that prevent reality well, and to promote serene studies and objectives on so many issues that interest us As human beings who love knowledge properly based.