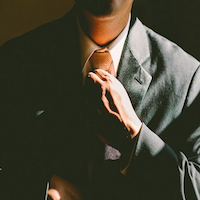 Vatican City, Tuesday, 26 October 2004 (ZENIT.org).-It is original the choice of the authors of the "Compendium of Social Doctrine of the Church", published on Monday, to publish on the cover fresco painted by Ambrogio Lorenzetti (1338-1 339), preserved in the public Palace of Siena, on the theme "Allegory of Good Governance".

In general, the original documents of the Magisterium of the Holy See do not carry illustrations. In this case, the election of the drafting, the Pontifical Council for Justice and Peace, has a meaning, explained on the back cover of the Compendium.

The allegory of Lorenzetti is born from a biblical figure, wisdom, represented as a crowned woman holding a large scale.

The balance is represented by two dishes in balance and, in the middle, the figure of justice, as a person dressed splendidly.

It reads: "Love justice, those who govern the earth." This is the opening verse of the Book of Wisdom, chosen as an admonition to the municipal council that gathered in the room decorated by these frescoes of Lorenzetti.

Under the law, there is a figure with a carpenter's brush to level the ambitions, which represents Concord.

According to the interpretation of the authors of the Compendium, the allegory shows how human justice in all its forms descends from the wisdom of God, and justice descends the concord or harmony of the city.

In the painting of Lorenzetti, a procession of citizens is presented; craftsmen, professionals, a priest, a soldier, nobles, public officials who go towards a platform in which there are six women who represent the virtues: peace, strength, prudence, magnanimity, temperance and justice.

In the midst of them, there is an old man with the scepter in his right hand, representing the municipality of Siena (for which the frescos were painted), and on his head three figures representing the theological virtues: faith, hope and charity.

The authors of the Compendium consider that these images leave a message: prosperity, artisanal and educational activities are ripe fruits of a civic life, guided by virtues and cultivated in harmony among citizens.

On the back cover of the Compendium reads: "Made for the seat of government of which was a free republic, these frescoes offer a typically Christian view of a world in which outer order emanates from an inner order that man receives as a gift but must choose responsibly».

"They are images in which both spiritual transparency and the social idea of the thinkers of the period, their firm faith in God, the principle of all truth and all forms of existence and social organization, are warned."