Featured
articles
Know how to wait
Using this Gospel passage, the spiritual masters of yesterday and today recommend patience and hope. 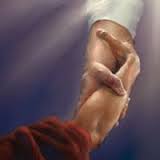 "A certain Lazarus, a native of Bethany, the little village of Mary and his sister Martha, had fallen ill. It was Mary who anointed the Lord with perfume and dried her feet with her hair; Lazarus, the sick man, was his brother, and so the sisters sent a message to Jesus:
-Lord, look that your friend is sick.
Jesus, upon hearing it, said:
-This sickness is not for death, but for the honor of God, that she may honor the Son of God (Jesus was very close to Martha, her sister, and Lazarus).

"And when he learned of the disease he waited two days where he was; only then did he say to the disciples: Let us go again to Judea" (John 11:1-7).
Let us stop here, for there are things in this story that are not always clear to the reader. If Jesus was very close to Lazarus, how did it take him two days to go and see him? Two days! Wouldn't it have been necessary, hearing such sad news, literally running? At least, this is what we'd expect from a friend. But Jesus does none of this, and instead of heading to Bethany he does prepare to depart, but to another place that is not exactly Bethany. To give an idea of what has happened let's take the following example. Suppose someone comes and says, "Look, your friend, you love so much, is in the hospital almost dying," and then we respond like this:
-Sick? Are you saying very sick? Poor baby! I'm aware of that. See if I can go see him one of these days.
Just as there is talk of medical negligence, so could we also speak of emotional negligence?
Since I was very young, these words made me stir in my chair: "When he heard about the disease, he waited two days where he was". And I said to myself: "If Lazarus had been his friend, Jesus would have left Bethany at that very moment. Why wait? Why leave for tomorrow, for the day after tomorrow, for later?"


But fortunately, there are scholars of the Bible, and, thanks to one of them, I have learned something that until recently I ignored and that clarifies quite well all this imbroglio that plunged me into slingshots, and very bitter, ruminations. Here, then, what until recently I did not know and now, I know:
"What reason might Jesus have had to delay his journey by two days? It is not enough to explain this delay the danger posed by the return, nor the resistance of the group of disciples. This is a decision Jesus makes from the very first moment. In the mind of the author (i.e. the evangelist John, who put in writing this episode of the master’s life), from the moment he receives the news of his friend's illness, Jesus already knows that Lazarus is dead. If it takes two days for your journey to take place when the corpse has already begun to decompose, and the miracle is clear. It's about doing something 'harder still'. According to Jewish belief, for three days the soul did not leave the body. It was on the fourth day, at the beginning of rot, when real death was already irreversible" (Juan Manuel Martín-Moreno, Characters of the Fourth Gospel).
This is how things change! If Jesus had not let those two days pass, it is likely that more than one, seeing Lazarus coming out of the tomb, would have said: "No, in reality, this man has not raised anyone; what happens, rather, is that Lazaro still did not die". Or, to the Mexican: "He was not dead; I was out laughing. But who could object to the miracle when the body was already stinking? "Lord," says Marta, the deceased's sister, "it smells bad, it takes four days" (John 11:39).
Lazarus's body was already in the process of frank decomposition and this fact, for the Jews of that time, could mean only one thing: that it was a real death. Well, it is then, and only until then, that Jesus shouts in a powerful voice: "Lazarus, go out!" (John 11,43). Who could deny now that what Jesus had done was a miracle, a miracle like never before seen one in Israel?
But now let's put ourselves in Martha and Mary's place. We're desperate to see that Jesus didn't come? They were! And not only desperate but also annoying. What did they believe in the depths of themselves? Did you think that Jesus, out of emotional negligence or whatever, had been late for the appointment? That they were frankly angry, there is no doubt; It is enough to pay a little attention to what Martha says to Jesus when she finally sees him coming: "Lord if you had been here, my brother would not have died" (John 11:21). And what is this if not a claim? And how would this woman, today so revered in more than one temple of our city, repent, for her pouts and her lack of confidence!
Therefore, using this Gospel passage, the spiritual masters of yesterday and today recommend patience and hope. He'll come. Even if it looks like it's slow, it won't stop coming. And when all seems lost, when everything seems to fall apart, when all the doors seem closed, He will do it all again with the very force of His voice. Did you call him? Then he'll be here.
In one of his books, for example, Thomas Keating says: "If God loves you very much, don't expect him to come when you need him. On the contrary, he may not appear to be going. But it'll do more than you think. He's got it all planned out. He seems to ignore you. And that's the most wonderful sign that something big is going to happen. When Jesus finally came to Bethany, he resurrected Lazarus from the dead".