Featured
articles
Is journalism defending manipulations?
In fact, denouncing a lousy article is not going against a point of view that can be legitimate or attack free speech. 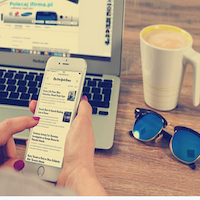 A journalist writes an article on a topic that attracts interest and generates heated debates. The text spreads quickly.

An attentive analyst and well-aware of the subject show that the article in question contains serious manipulations and biased falsehoods. To do this, it offers hard evidence. The journalist in question had produced a lousy article.

Before the analyst's complaint, some raise the banner of freedom of expression: the manipulative journalist must not be silent but has the right to say what he thinks. Those who attack him are accused, according to a formula that reappears from time to time, of trying to hide a message at the cost of hurting the messenger.

Is this type of defense correct when an article is attacked justly? Does it make sense to throw spears or write more articles to support a journalist who has manipulated data and misled readers?

If we analyze these types of situations, strange behavior is discovered. On the one hand, a group of journalists wants to defend a certain position, which is more frequent than imagined and confutes the myth of the "objectivity" and "neutrality" of the press. On the other hand, these same journalists use the free speech flag to neutralize "attacks" directed at those who think like them and have made a "mistake" in writing a manipulative article.

To denounce a lousy article is not to go against a point of view that can be legitimate or to attack free speech. In criticizing the errors of that article it is simply noted that there is no good journalism when data is invented, statements are misrepresented, unproven sources are used, "stories" are made without documentary bases, insinuations are released slanderous, mistranslates what is said by others, and a long etcetera of pseudo-informative manipulations.

It must be acknowledged that the one who denounces the manipulations carried out by a journalist becomes an advocate of the most genuine and proper of authentic freedom of expression: that of respect for truth and justice. Only out of such respect is it possible to eradicate the behaviors of some (we hope that few) journalists who disclose falsehoods, to promote healthy, data-attentive journalism and accurate in collecting as accurately as possible the opinions that exist important issues and specific individuals.