Featured
articles
Invasions of consciences
Sometimes we believe that we have a strange ability to penetrate the conscience of others and to find an explanation of the behaviors of others. 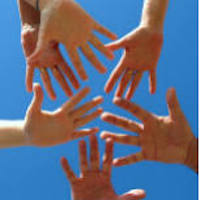 It's hard to understand why a family member, friend, or stranger did what they did. But sometimes we believe that we have a strange ability to penetrate the consciousness of others and to find an explanation of the behaviors of others.

If we act like this, there is an invasion of consciousness: by giving us an alleged special power, we feel able to penetrate the souls of others. The judgments, then, spring with a surprising force: "this is a hypocrite, the other acts simply to deceive others, the one beyond has a tremendous complex of inferiority..."

Feeling capable of invading the consciousness of others supposes, on the one hand, that each other's performances perfectly reflect what he thinks, feels, wants. On the other hand, that one can discover the above: "It is enough for me to see how he moves his eyes to know that he is spiteful..."

The reality, however, is much more complex than our invasions of consciences. Behind certain eye movements, there is no envy, no laziness, no pride: sometimes it is simply a tic acquired from childhood that becomes more insistent in certain moments of tension.

Not all, however, recognize the complexity of human psychology. Just read certain comments on the Internet to news or blogs to realize the high number of invaders of consciences that go around. Sometimes, if we are honest, we must recognize that we also incur in that mentality of prosecutors with displays of specialized psychologists.

The reality of the other, however, does not coincide many times with our judgments, because each human being is more mysterious and profound than I can see and think about. Some acts certainly manifest a lot of what is inside a heart. But even in those cases, getting it right in court is not always guaranteed.

A little humility and a lot of respect will allow us to avoid the debauchery of the accuser of other people's intentions. Thus we will not only avoid abusive invasions, but we will see others with a heart more willing to respect and openness to the riches (also in the face of mysteries and dangers) that are hidden behind every face we encounter on the path of life.