Featured
articles
Friendship or justice?
Hundreds, thousands of rules seek to promote harmony between people.But are laws enough for people to feel united? 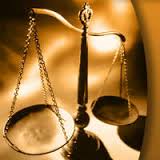 However, a text by Aristotle clearly states that rulers promote friendship more than justice, for friendship binds cities, and that goal is a priority for justice. Even this Greek philosopher went so often to say that if men are friends, "there is no need for justice, but, even if they are just, they do need friendship"; although he later added "it seems that it is righteous who are most capable of friendship" (cf. Nicomaquea Ethics VIII 1, 1155 21-29).

Surely Aristotle could explain that text to us in a masterful way. Let us try, with the permission of that Greek thinker, to make some reflection that, we hope, can serve our day.

Laws abound in some societies of our time, both nationally and internationally. Hundreds, thousands of rules seek to promote harmony between peoples and peoples. But are laws enough for people to feel united?

Beyond the laws, the cohesion of a human group lies in the bonds that bind people together. These ties can be blood, or common convictions, or religious ideas, or political principles. As the bonds become firmer and healthier, the unity of a people will be guaranteed, and coexistence will be much easier.

Here we can ask ourselves whether the rulers of our time seek to promote social cohesion or simply set rules that satisfy majorities, or that allow for serene coexistence between people who have ideas and heterogeneous principles.

The question puts us before one of the most important issues for social life: is it possible to make a nation live in harmony among its members simply with rules of coexistence set out in its laws and demanded by the courts? Is it not perhaps more important to promote good and valid ideas that allow for a deeper and more complete harmony between hearts?

Some will rightly object that in the past and, unfortunately, in the present, social cohesion has been promoted from distorted ideologies, such as those that defend racism or those that exalt  "people" or nation against other members of society. Such cohesiveness can create structures with a certain social unity, but at heart, they are based on injustice, because they do not respect the fundamental rights of every human being.

It is, therefore, necessary to ask ourselves an essential question: how can we achieve healthy friendships among the members of a city, a region, a state, the whole world? Only from a correct reflection on man and his dignity, on the fundamental rights that must be respected, and on principles and ideas that promote true unity and harmony among all.

Here discrepancies arise: what would be those principles and ideas that promote and protect harmony and friendship among human beings? Don´t we live in a "polytheistic" world, according to an expression sometimes in vogue, in which each person associates with his group and separates himself from those who think and act differently?

We can leave these lines like this, as a sketch, in which an important conclusion can be drawn: if in a human group there is no real unity because there are no well-built friendships among its members, the most urgent task facing politicians and all members of society consist of seeking those healthy ideas that promote such friendships, which is worth much more than thousands of laws and that dozens of policemen watching at every corner...