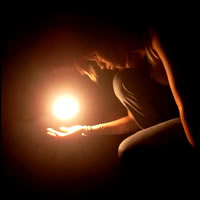 In 2007 Benedict XVI published his second encyclical, "Spe Salvi". The clouds of the crisis loomed on the horizon. A short time later, the storm began. Millions of human beings were surprised by a complex economic situation that affected them in a thousand ways and caused very serious problems for families and societies.
As months and years passed, the crisis showed no sign of withdrawal. Governments promised measures to alleviate the situation. Large international bodies and powerful monetary funds demanded extreme measures that would heal a deranged world while offering "aid" that sometimes turned into nightmares: how to pay the interest on loans accepted in emergencies?

There were no signs of hope on the horizon. The crisis bit hard, like an enraged animal who didn't want to give up its prey. The poor, as almost always, were the ones who had the most to pay because of the decisions of a powerful few.
Were there any signs of recovery on the horizon? Even in the present, aren't threatening clouds seeing perhaps harder moments than those suffered so far?
Faced with such complex situations, where the man on the street fails to see who the culprits are and where a moment of respite will come, the encyclical published years ago by an elderly pope in Rome retains a mysterious topicality and a perennial capacity of consolation.

In one of the paragraphs of that text, Benedict XVI wrote: "If we cannot wait longer than what is possible in each moment and what we can expect the political and economic authorities to offer us, our life will be impacted very soon. It is important to be hopeless and to know that I can still wait, although, I have nothing more to wait for my life or the historical moment I am living. Only the great hope-certainty that, despite all the frustrations, my personal life and history as a whole are guarded by the indestructible power of Love and that, thanks to which, they have for him meaning and importance, only hope in this case, he can still give the courage to act and continue" (Spe Salvi No. 35).
Yes: there is an indestructible power that acts in human history. We can expect something very big and beautiful above what economic and political authorities promise. There is a God who has entered human history and opens spaces to hope.
Beyond the crisis, we can look to the sky. Maybe the money won't come to cover the expenses of the last days of the month. But at least we know that there is a door open to hope because love offers the last and definitive word of human history.