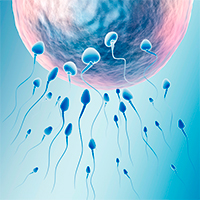 By the actress's media notoriety, the issue has monopolized the headlines of the media dedicated to the spectacle; but the substance of the controversy is deeply important.

In the year 2013, when both supported a relationship, they provided gametes so that through a process of fertilization they could later implant the resulting embryos in a woman who lent herself as surrogate mother.

According to journalistic notes, on several occasions, the implantation of the embryo was not achieved in the surrogate mother, so it was impossible the birth of the small ones. Vergara and Loeb returned to the clinic to request the procedure, obtaining two female embryos, which have not yet tried to implant.

Now that they ended their relationship and she started another; Nick Loeb legally applied for the guardianship of the embryos to avoid eventual destruction. Both, upon requesting the "service", established that they would not be "used" without mutual authorization; however, what would happen if their relationship ended was not settled.

This situation exposes the sea of controversies and problems that engender the manipulation of life on a whim. And exposes the ethical postures.

In the "Today" TV show, Loeb said that "two lives have already been created" and expressed their interest in not discarding them, just as they would not if they were already born. The actress, on the other hand, states that: "I cannot have a baby that beforehand has everything against", and on the other side emphasized that "a son needs a mother and something else, a love relationship between parents".

The situation is complex, since it has made use of artificial fertilization, which when failure has caused the loss and consequent death of those embryos used. In addition, when these embryos were implanted in people other than their own mother, the dignity of both the small and the woman who subrogated her body to continue an "alien" pregnancy, of the woman who provided the eggs that were fertilized, has been violated.

This dilemma begets another. For the time being, the embryos are frozen, so they could be destroyed or continue indefinitely in a refrigerator; but, if they were to overcome the risk of destruction, they would depend on someone's will to be implanted, almost certainly in someone different from their mother, which would again create another ethical problem, since that woman would act as "mother", or it would only be strictly a means for the maturation of the son of someone with sufficient resources to solve such procedures.

This illustrates in a certain way the problem of the abandoned embryos and the possibility of their adoption, on which the church has not been expressed magisterially, so, even if there are those who consider it possible under the principle of lesser evil in the face of death of the unborn, is still a subject that remains in the speculative field and theories, according to the article "Can you adopt frozen embryos?", by Dr. Gonzalo Miranda, dean of the Faculty of Bioethics of the Pontifical Athenaeum Regina Apostolorum of Rome.

However, there are also those who consider that seeking the implantation of embryos in any situation is illicit, so the problem that these little ones see the light is still an unresolved issue.

The foregoing makes it clear that the best way to be parents is to develop this paternity according to our own nature, with responsibility and with a great love towards the child, that still without knowing counts with the care of the parents.