Featured
articles
Could have been avoided
The formula 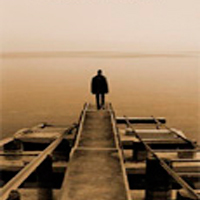 Among the negative facts that cause most pains are those that we could have avoided. The formula "If I had done this would not have happened the other" resonates with sorrow in our hearts.

If I had checked the air on the wheels there wouldn´t have occurred an accident.

If I had called before that family member I wouldn´t regret now the discussions, we have between brothers.

If I'd taken the hospital a little more clothes, I wouldn't have suffered that summer bronchitis.

If he had asked for another doctor's look, he would not have followed a "therapy" that ultimately resulted in more harm than benefits.

In finding so many situations what we could have avoided, we feel a greater sorrow, or we reproach others (perhaps ourselves) because we are paralyzed by what we have decided. We know from the reflections of some literati and philosophers that we will never achieve such complete insight to avoid thousands of contingencies. But we also know that with more attention, more calmly and with the help of others we can set aside hasty decisions to choose safer and healthier paths.

What happened, happened. From what happened, we can learn to avoid damaging failures in the future and have more experience to help others in similar situations. It is useless to be bitter until the nervous wear. Life goes on. We may have to engage in wounds, problems, and various consequences of what has happened.

But we must continue with that freedom that allows us to improve attention to the possibilities of the present and to guide ourselves towards the most important and beautiful bearings of the human life: to love and to let ourselves love God and our brothers.