Featured
articles
Farewell to Myths
Most common myths, in which we tend to believe. 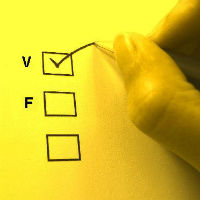 Although sexuality is the foundation of the person and his personality. For it characterizes both men and women in the physical, psychological and spiritual plane as well as in their way of being, of manifesting, of communicating, of feeling, of expressing and of living human love. It is not until recently that its transcendence has been emphasized as a fundamental element of human development. Thus, radically changing the way sexuality is lived, for what was once thought true is now beginning to demystify. Therefore, it is important to stay properly informed. For only through correct information, the various myths about sexuality, can begin to lose strength and thus overcome prejudices, which only manage to minimize the true meaning of sexuality. The most common myths, which we tend to believe in are:

1. In terms of physiology and sexual functioning
- Nighttime emissions indicate a mental disorder

- During menstruation, a woman should not play sports or take shower baths.

- The presence of hymen is clear evidence of virginity.

- The big penis is important for the gratification and pleasure of a woman.

- Those who abstain from sex, are those who enjoy greater health.

2. About Sex Drive
- Blacks Have Greater Sexual Appetite Than Whites

- Sexual desire and ability decrease noticeably after age 40 to 50

- Women who have the sex initiative are "easy"

3. Reproduction and birth control
- There is no safe period for intercourse, without pregnancy.

- It is better to use two condoms at once

- A couple must have a simultaneous orgasm to get her pregnant.

- If you have intercourse or urine after the sexual act, you don't get pregnant.

- If you have sex during menstruation you don't get pregnant.

4. Homosexuality:
- Men and women are homosexuals because they were born

- The cause of homosexuality is hormonal imbalance

- Homosexuals are identified by their appearance

- Only homosexuals give AIDS

- Premature ejaculation is due to physical circumstances

- When men get excited and don't have "get sick" relationships

6. Sexual offenses.
- Being endowed with excessive sex is a feature of sex offenders

- A woman's virginity is an important factor in a marriage's success.

- Sex education in schools can be dangerous.

- AIDS is spread by saliva, sweat and tears.

- When using tampons, you lose your virginity

So, you know; in the face of doubt, it is better not to act and investigate.