Featured
articles
Facebook Near and Far
Let us not let the digital world take us away from the measure of our elderly grandparents, from a sick friend... 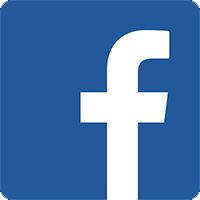 It's an anecdotal fact, but maybe it has more crumb than it looks. On Facebook I found a friend's page that I deal with a certain frequency.

The day I landed on his "wall" was precisely his birthday. The congratulations were succeeded, brief, cordial, abundant. Friends wanted to be introduced on that date.

Neither short nor lazy I picked up the phone and called him. As soon as he answered me, I said, just said, "Congratulations!" A little surprised, he asked me, "Why?" I said, "Because today is your birthday." "Ah, yes, I almost didn't even remember...".

The electronic world streamlines relationships allow hundreds of people to be warned of their own birthday. There are, on time, with love, signs of congratulations.

But it can happen that people who do not enter that world (and are not few) are placed as foreigners, as "far away". Even a greeting on the phone of an acquaintance can surprise us: why will this person call me?

It would be paradoxical, as has been said in a profound way with regard to technology in general, for Facebook and other electronic spaces to "bring us closer to the distant and take us away from the close ones." It would be sad if a husband or wife is very attentive to hundreds of messages from "friends" and acquaintances, and then addressed some cold, rationed words to those who dwell under the same roof.

The digital world helps, and much, to relate to each other, to reunite people we met years ago, to facilitate dialogue. That's why sometimes it's even expensive for us to phone over and over again if they don't answer us, when it's so easy and quick to write the message and send it.

But if that digital world were to keep us away from elderly parents waiting for signs of life from a child, from a sick friend who needs to simply be accompanied on an autumn afternoon, from a co-worker who doesn't know who to turn to be advised , is that we are losing fundamental dimensions of the human existence, even if there is a long list of acquaintances and "friends" in the Facebook profile itself.

I don't know if my friend will remember when my birthday is. Since I'm not on Facebook, you won't get an automatic warning... But I can say that, thank God, almost always when I ask for word help or on the phone has offered it to me. This means that it is also possible to be healthy on the Internet while maintaining a heart open to meaningful relationships and gestures of friendship that are worth today, as always, in our highly technological world...