Featured
articles
Evil
A lucid, realistic vision of man and history cannot fail to discover alienation, it cannot hide the fact that there is a breakdown of relations: of man with himself, with others, with God. 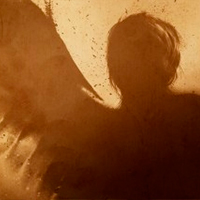 The enlightened, from their optimism, thought that superstition and ignorance were at the origin of all evils and that the Lights would come to bring the Kingdom of Progress.

But, two centuries later, this theory falls like a sandcastle when we see the Nazi heroes kill many children, after enjoying an opera by Mozart. The most refined culture, we now know it - can take root in the evillest soul.

Another explanation of evil is that made from certain ideological positions: justify it (or at least explain it) from material deficiencies or social dysfunctions. People hurt because they have gone hungry, because they have lived in socio-economic conditions that have led them to it. This theory could be summed up in this sentence: evil is the fruit of injustice. The recent attacks of Islamic integrity bely this thesis. Middle-class people, college people, some of them, people who have never known the misery of the Third World and who owe their well-being to the former, have developed a deep hatred and resentment that leads them to indiscriminate crime.

There is another explanation of evil, which cannot be forgotten: biological or genetic. Some men commit atrocities because they are sick. Some piece of his complex psychosomatic system makes them murderers or rapists. This interpretation only serves us in some cases.

However (and unfortunately) the evidence of the facts comes to tell us that none of these explanations satisfy us. There are cases where evil has no cultural or social or biological justification. And yet he continues to disturb us every time he appears with his imposing appearance, shaking us out of our dreams, taking us out of our naiveties and mental routines; presenting itself as an absurdity for which we have no human explanation. Then we discovered that it is not a mere accident of human nature, but something deeper and more radical. For a Christian there is a certain explanation from the traditional theory of original sin. Benedict XVI has written: "A lucid, realistic vision of man and history cannot fail to discover alienation, it cannot hide the fact that there is a breakdown of relations: of man with himself, with others, with God".

Much of modern culture is a huge effort to forget this alienation, to mask or justify it. But his terrible presence is still there, questioning us in the dramatic moments. The Christian vision of the world is therefore "realistic", because part of that of this alienating deprivation. But, therein lies the most important differential nuance, of an "optimistic" realism, because we are not alone in this struggle, because we are certain that in the face of evil is Grace.