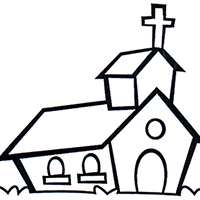 Justice: by this cardinal virtue, we give to each one what it belongs to him.

The Christian vocation has social implications as Jesus ordered us to continue his mission of propagating the Kingdom of love and justice. We are members of His Mystical Body.

The Church has developed, especially from the eighteenth century, its magisterium on Social Justice with the following encyclical:

This perspective focuses on "the truth of man, who is discovered by reason and confirmed by the Gospel of Jesus Christ, who proclaims and promotes the true dignity and natural social vocation of the person."

"The social teaching of the Church" provides guidance for the "promotion of human rights, for the protection of the family, for the development of genuinely democratic and participatory political institutions, for an economy at the service of man, for a new international order that guarantees justice and peace and for a responsible attitude towards creation”.

"Only new men can make all things new."

"The social commitment of laic Christians can be nurtured and be coherent, tenacious and courageous only from a deep spirituality, that is, from a life of intimate union with Jesus."

Social commitment is the means for the laic to be able to "express the great theological virtues-faith, hope, and charity-through the exercise of the difficult responsibility of building a less distant society of God's great provident project." 10-VII-03

Summary of the Compendium adapted by Fr. Jordi Rivero

Catholic social doctrine is based on God's love for every one of his children. This love has been revealed by Jesus Christ. It is therefore essential to understand this doctrine and put it into practice to be good Christians.

Principles that constitute the heart of catholic social doctrine

Every person has God given dignity.

-"The Church sees in men and women, in every person, the living image of the same God" #105.

-Christ, through the incarnation, has joined each man giving us an unparalleled and inalienable dignity.

-God created the human person in his image and placed it in the center of creation. (Genesis).

-We receive from God the life and all that we have. That is why the relationship with God can never be eliminated (Cf. #108-9).

We are body and soul-You cannot lose sight of the unity between body and soul. Therefore, neither the body nor the soul should be despised. (# 125-9).

Man is a social being

-Man and woman were created together, proving that the human person is not a solitary creature, but has a social nature (Genesis).

-Sin has affected human nature and is "at the root of personal and social divisions" (116). Sin separates us from God and also from other people and the world.

-But God does not abandon us to the condition of sin but all can find salvation in Jesus Christ and through sharing the nature of God.

-The human being is neither absolutely autonomous nor a mere cell within a larger organism.

-The social nature of all human beings means that we grow and realize our vocation in relation to others (#149-51).

Just society there can only be a righteous society «when it is based on respect for the transcendent dignity of the human person» (# 132).

-Our human dignity demands that we act "according to a conscious and free choice" (# 135).

-This freedom is not, however, unlimited, since only God can determine what is good or bad. Moreover, freedom should be exercised by an awareness guided by the natural moral law (#136-43).

The common good is the development of the conditions that allow people to achieve their fullness more fully and easily (Cf. #164). Among these: peace, a fair legal system and essential services.

-The state has the responsibility to safeguard the common good

-    Individuals are also responsible for helping it develop, depending on the possibilities of each one.

-The state is also responsible for reconciling the particular assets of groups and individuals with the general common good. This is a delicate task and in a democratic system the authorities must be careful in interpreting the common good not only according to the wishes of the majority, but also respecting the good of minorities.

The principle of the universal destiny of the goods (# 171-84): God has destined the land and his goods to the benefit of all. This means that each person should have access to the level of well-being needed for their full development. This principle has to be implemented according to the different social and cultural contexts and does not mean that everything is available to all. The right of use of land assets is necessary to exercise in a fair and orderly manner, according to a specific legal order. This principle also does not exclude the right to private property. However, it is important not to lose sight of the fact that the property is only a means, not an end in itself.

It is important to remember that: "The principle of the universal destiny of goods is an invitation to develop an economic vision inspired by moral values that allow people not to lose sight of the origin or purpose of these goods, so as to achieve a world of justice and solidarity, in which the creation of wealth can have a positive function” (#174).

The principle of the preferential option for the poor, to be exercised through Christian charity and to be inspired by the poverty of Jesus and his attention to the poor.

Organization of the society

The principle of subsidiarity

-Civil society is made up of many groups. The state should not only recognize its role and respect its freedom of action, but also offer the help it may need to carry out its functions.

-Each person, family and group has something original to offer the community (Cf. #187). A denial of this role limits, or even destroys, the spirit of freedom and initiative.

-The principle of subsidiarity is therefore opposed to “certain forms of centralization, bureaucratization, and welfare assistance and the unjustified and excessive presence of the state in public mechanisms”.

The principle of participation

-Is an implication of the principle of subsidiarity

-All are called by God to cooperate in social, cultural and political life (Cf. # 189). Participation is one of the pillars of the democratic system.

The principle of solidarity

-Through the exercise of solidarity each person makes a commitment to carry out the common good and serve others.

-Solidarity, therefore, means the will to give us for the good of our neighbors.

-Solidarity is not just philanthropy. Our neighbor is not only someone with rights «but it becomes the living image of God the Father, redeemed by the blood of Jesus Christ and put under the permanent action of the Holy Spirit» #196.

-In modern times, there has been a greater awareness of the interdependence between individuals and societies.

-Solidarity is both a principle of social life and a moral virtue that each person must develop (Cf. #193).