Featured
articles
An overview
There are times when we would like to come to an overview of our planet and the millions of human beings who populate it. 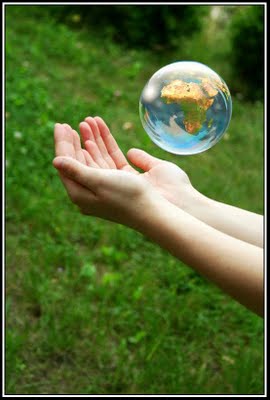 Knowing how the world is going is difficult. Partly because the "world" is very complex, with huge differences between geographical regions and between specific people. In part, by the limits of those who try to reach an overall look: there is a lack of time, no data, lack of perspective, lack of reflection habits.

However, there are times when we would like to come to an overview of our planet and the millions of human beings that populate it.

What would that look together tell us? Without being complete and without establishing a hierarchy between the different aspects, we can look at some pieces that make up the mosaic of the world in which we live.

We found initially that there are huge differences between human beings on many levels: economic, cultural, religious, health, political...

At the same time, we can emphasize that, beyond all these differences, women and men share the same dignity: we have a spiritual soul that entrusts us and allows us to recognize that there should be no discrimination.

Another aspect to consider concerns the world's population. For some 60 years there have been strong demographic changes in some parts of the world considered "developed" and in other areas of the planet.

In particular, there has been a drastic reduction in birth rates, while life expectancy has increased. This has resulted in some countries aging rapidly, others no longer guarantee a sufficient birth rate for generational replacement, and there are areas (Russia) where the number of its inhabitants is declining.

An important dimension of our world lies in technological development. This has continued its career over the last 100 years, although unevenly, with improvements that have allowed an increase in agricultural and industrial production with less costs. In the field of computing and electronic devices, changes have facilitated communications and greater access to information, but unequally.

Technological development, especially after World War II, has also been geared towards the world of weapons, which have increased its harmful potential with the construction and deployment of atomic missiles. A threat of mass destruction that raises fear and demands profound change to overcome the current danger situation remains on our planet for years.

Along with technique, empirical science and medicine have taken great steps forward. Diseases that led to death 100 years ago can now be cured. Of course, health care is not offered equally to all: today millions of people are deprived of minimal cures, in addition to suffering from more or less endemic situations of malnutrition.

Despite this mentality, we notice the survival, and in some places the rebirth, of religious beliefs and practices. Certainly, there are large areas of the planet, especially in countries that consider themselves "developed," where religion has lost a lot of ground. But in other people accept and live according to religious ideas considered very important to one's existence.

Other aspects could be added to complete the table, although it is so important that it is difficult to achieve the desired overview. But with this early data it becomes clear that in our world there are positive elements and negative elements, improvements and setbacks, contrasting ways of thinking, injustices and serious threats.

In this global context, a desire for truth, good, beauty, justice, lives on in the human heart, with which extremely negative situations can begin a path to improvement.

We will not find paradise on earth, nor can any good situation be guaranteed indefinitely, as Benedict XVI recalled in the encyclical "Spe salvi". But at least we can find ways that open spaces for a better world. Above all, those who suffer the most at the present time, without forgetting the necessary attention to the generations that we hope will be present in our world in the coming decades of human existence.