Featured
articles
Against the New Drug
That's why I've chosen to fight for love! And you? On which side are you going to fight? 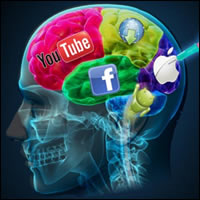 When you go down the street and you see this:

It's hard to ignore it and go on like nothing. Maybe it's the red blow or maybe because they highlighted the capitals...truth is, I don’t know... But one thing is certain: shouting the word "pornography" on the middle street is the opposite of ordinary. Pornography is one of those taboos of which we prefer to whisper in secret. However, it has managed to infiltrate the lives of millions of people and is wreaking havoc on all of us.

Yes, you’ve listened to me well: to all of us! Pornography is like a virus or a drug: once it comes in, it doesn't want to go. And it kills. Yes, kills. First, attacks the brain, then it starts to corrode the brain. Finally, it is heading for a global catastrophe.

When a boy or a girl or a man or a woman (anyone, in fact!) has a stare on that screen, they do not realize that they are being kidnapped by the mind. Huge amounts of dopamine, that chemical in your brain that makes you feel happy and satisfied as a reward for an achievement, run like crazy by the brain. The brain can't handle that much. It's too much... so it breaks. Here begins addiction, as with alcohol, tobacco or any other drug. To worsen the situation, the frontal lobe (of which abstract thinking depends, motivations, attention in any task and inhibition of impulsive responses) begins to shrink. It means that the body is always asking for more, while the means to get out of this vicious circle are disappearing.

Once the coup has been made with power, the rest is like a row of falling dominos. You lose interest in things that used to be attractive; you live in constant depression, with difficulty concentrating and even the most extroverted person begins to close in on himself. Friends lose importance; the family weighs like a lump in the back. The wife or husband, when there is one, ceases to be "that person who makes me live a full life." And a little voice in the head does not stop sounding, like a broken record: "If someone knew what I did, they would hate me and think I'm worse than trash."

Now imagine that it is not just a person who is in this tragic state... It's thousands, millions, hundreds of millions. All these people have lost the spark that illuminated their faces. We will find ourselves in a very depressing world, don't you think? But it doesn't end there... More than 50% of the pornographic scenes show violence... And worst of all, people come out reacting with indifference or even with pleasure at this violence. Amazing... in a devastating sense...! Now we are not so surprised that the levels of violence are in exponential growth around the world. We are all affected by the virus, even if you are not in direct contact with the original source. A rotten apple ends up rotting all the others. And if all this wasn't enough, it's always good to remember that pornography is directly related to human trafficking... I mean, if all the above didn't seem so bad...

We have come a hard way to this point, a measure that much would prefer to keep silent. But that's the worst thing we could do. As long as you keep going unnoticed, pornography will continue to infiltrate our ranks. The best strategy is to put it in the sights. Raise our voice, spread the news... Let people know who the enemy is and what we can do to overcome it. Because we can beat it! It's never too late to counterattack... The sooner we start to do it, the better.

I learned all this a few days ago when I met Clay Olsen, CEO and founder of Fight the New Drug. This group of courageous people has been raising their voices for eight years. They have brought this truth to hundreds of schools in several countries. Have helped thousands of young people and adults fighting against this cancer. They're doing a great job... But it's not enough. And it will not be until we have eradicated this evil from the face of the earth. They have already recruited a large army... But they need more voices, they need your voice... all of us need you, the world needs you! Cheer up, unite to fight! It can be with them or with any other group that you know: the only thing that matters is choosing the good side in this war. Because there is only one good side, the side where love reigns...That's why I've chosen to fight for love! What about you? On which side are you going to fight?