Featured
articles
Admiring the Admirable
In admiration is where you see more clearly how our sentimental education goes. 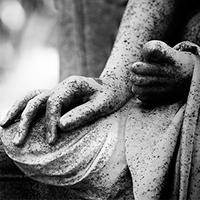 Life is like a mosaic of different situations, which involve an answer on our part. We must be attentive to what surrounds us, to know how to assess clearly, every situation, but to do this you have to have a correct sentimental education. We could make a long list of vital answers. Gratitude, would be the response of affection and recognition for the favors received. Compassion, would be that ability to feel affected by the misfortunes of others. Indignation would be the answer in front of injustice. Admiration, would be the answer of surprise in front of everything that seems magnificent or extraordinary. But perhaps is in admiration where it is seen more clearly, as our sentimental education goes. Because we often admire what is not admirable... We admire people who do not deserve such admiration. Characters swollen by the media fame, famous artists of dubious life, billionaires, the fortune of which has been done without respecting the right of people, etc. A good education of feelings would lead us to value what is really valuable. This feeling is necessary for the human development of a society. When we value bluff, and instead, what is admirable happens to us unnoticed, it shows a humanly ill society.

A travel agency, has published a leaflet, of a circuit by the United States, which includes an exterior visit to the farms of the supermillionaires.  And one wonders: What is meant by these visits? That people dazzle to so much wealth? Would it not be better, to reflect on the evil that is made to the world with the cumulative fever of these people? It's time to change... And to value what is really valuable. This multitude of anonymous people, who put their lives and their efforts next to those who need it most. Those who fight for a better and fairer world. Those who fight poverty and hunger. Those who make the culture of peace their way of life. Those who work to change the culture of having, for the culture of giving. All this anonymous collective, unknown, that does not go out in the magazines, neither in the newspapers, nor in the television, these yes that are worthy to be admired. An adult and intelligent society, is one that knows how to reject the rejection, and admire the truly admirable.