Featured
articles
Abortion, Religious Persecution, Shiprecks, Corruption: Threats to the Primacy of Life
The church's stance on abortion has not changed an apex. You cannot legitimize the death of an innocent. 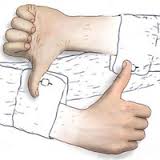 "The Glory of God -he wrote in the dawn of Christianity St. Ireneo of Lyon- is the life of man." All the life and life of all human beings, begun by the weak, vulnerable and helpless. The Gospel of Jesus Christ is the Gospel of life and, for this reason, the church would not be faithful to its identity and mission if it were not sacrament, prophecy, speaker, defender and promoter of human life, of the whole life and of the life of all people. The defense of life, so understood, does not admit any transactions of any kind, and that the church must commit itself thoroughly and without any reservation.

Several are, at present, the "fronts" open about it, without going further, in Spain and in the West, not to enter into the situations so lacerating and unfair in which some one billion people of the so-called countries of the South survive. One of these open "fronts" in Spain is still the abortion, especially after the lethal and wicked Law of 2010, law that the government of the Popular Party, beyond its unfulfilled electoral promises, maintains and consecrates, except for a few days, the requirement now preceptuada of parental consent for abortions of the under age. As stated by the Secretary-General of the CEE, on Tuesday 14th April, hours before the congress of deputies approved this touch-up or make-up, "the church's stance on abortion has not changed an apex. One cannot legitimize the death of an innocent man and, therefore, human life is inviolable, and this is non-negotiable, not only from the religious point of view, but also from the perspective of humanity and respect for life." "The church does not negotiate the right to life with anyone. It’s something that cannot be negotiated with this government and any other that comes."

Religious persecution -not only, but singularly against Christians- is another unacceptable bankruptcy of the right to life. The current and growing situation of religious persecution, augmented by the various franchises of Islamic fundamentalism, is a constant concern for Pope Francis. And this is also the result of Cardinal Blázquez, president of the CEE, the fifth paragraph of his opening remarks to the present plenary assembly of our episcopate (see pages 6 to 11). Religious persecution also violates not only the right to life, but the right to freedom of religion and conscience. Its therefore a double attack on the dignity of the person. And when is done precisely for excluding religious reasons, it is blasphemy, an antitestimony. We must stop the religious persecution-like the one that could be produced for any other unfair reason; The international community cannot continue to look away or confine itself to mere rhetorical statements. The followers of Islam must react and clear, forcefully and effectively from those who persecute and kill in the name of their God; and the Christians -as Monsignor Blázquez has also claimed- we must show the denunciation, closeness, prayer and concrete and material solidarity towards our vile and lethally persecuted brothers.

The month of April, singularly in the Mediterranean between Italy and North Africa, is witnessing one catastrophe after another, which have been able to end the lives of several hundred people, even a dozen of them were thrown into the sea just for the sake of being Christian. Pope Francis has once again cried out. Have remembered that the people drowned mercilessly in this great and frightening cemetery in which is becoming the classic called Mare Nostrum were "men and women like us, our brothers, who seek a better life, hungry, persecuted, wounded, exploited, victims of war."

On the drama of immigration and on political corruption and the idolatry of money and its aftermath and wounds in the economic crisis, Cardinal Blázquez, in numbers 4 and 6 of his aforementioned speech, has also spoken. We refer to them. And that is, yes, the whole human life and the life of all cannot wait, and the church must only cry out, claim and work for it.