Featured
articles
I Can´t Forgive…
In human history, nobody has been set free with hatred. 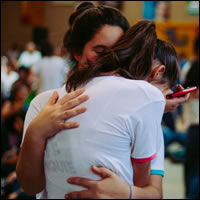 Christ speaks of “putting the other cheek”. It is an oriental formula for us to understand we must be willing to forgive, but It’s not to take literally. Christ himself, when slapped, did not turn the other cheek, but he responded with energy, truth and self-control, “If I'm wrong, show me how, but why do you hurt me?”

If the person we consider our enemy was in a serious need and could not solve it without our particular help, we have the obligation to help, because in this case we are obliged to assist our neighbor even if it’s an enemy.