If I had to title this that I write, I would call it to love without words. The truth is I do not recognize myself as poetic, so I have seldom taken that of love at first sight or similar expressions seriously. 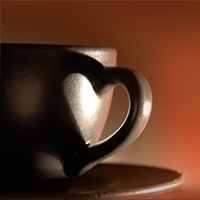 If I had to title this that I write, I would call it to love without words. The truth is I do not recognize myself as poetic, so I have seldom taken that of love at first sight or similar expressions seriously.

Now, life itself and the Holy Spirit never cease to amaze me and teach me new things. Nor had I believed in love without words, because an essential factor of love is the communication between those who say they love each other. But yes, it is true, there is love without words, I finally understood it.

I went to a wedding for which I was told that I would need a translator. I did not understand why, imagine that the ceremony would be in a Slavic language or who knows where, so without asking more I agreed to the translator.

It was not in a language properly. Both boyfriends were deaf and dumb and the translator was the director of the school in which both had studied. I did not fit in my amazement. Almost all the guests were also deaf and dumb, and those who could speak knew the signs with which they communicated. When I read the gospel, the translator helped me, likewise throughout the homily, with agility, I made signs of what I was saying.

What moved me the most was when the couple showed me that they learned by heart the signs to make the consent and the delivery of rings and arras. “I (name) accept you (name) as a wife, and I promise to be faithful, etc., etc.”

The translator told me what they were pointing to. In those deaf-and-dumb boyfriends, the brightness of their eyes, the tenderness of their gestures, the emotion in their cheeks, said much more than all the words that could be pronounced. No sound would tarnish the beauty of that moment. They breathed love and transmitted love. Without words, they promised to love each other for life, and without words, they would do it for the rest of their lives. They were not necessary, some pronounce them hollow of content, they lived them in the silence of their heart. We are used to living with a lot of noise, sometimes it is necessary to keep silence to understand that the deepest love is pronounced with the delivery of each day, without words.

I learned the lesson. Now, when a married couple comes to see me through difficulties before they express what separates them, I teach them to listen to their hearts, I ask that for a few minutes, without words, they look at each other in the eye. It is usual that both end with a tender look and bathed in tears.

It is true, sometimes love can be expressed without words.