Featured
articles
Listen, believe and live well
A hardened heart listens to things that God has not said.

To own the promises and blessings of God we must first: listen, believe, and understand well, in order to live what we are believing. 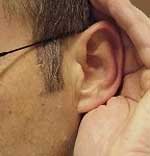 Listen, believe and live well
A hardened heart listens to things that God has not said.
By: Maleni Grider

To own the promises and blessings of God we must first: listen, believe, and understand well, to live what we are believing.
We can hear, but not understand, because our hearts are hardened. "Notice what the Scripture says: I hope you hear the voice of the Lord today; Do not harden your heart, as it did in the bitter day. Who are those who, after hearing, embittered God? All those who left Egypt thanks to Moses. Who are the ones who tired God for forty years? Those who had sinned, so they perished and their corpses were left in the desert. To whom did God swear that they would not enter his resting place? To those rebels, of course, and we see that they were forbidden to enter because of their lack of faith. “Hebrews 3 15-19
A hardened heart sees the bad, but not the blessings it has had. He cannot recognize the gifts he has received. A hardened heart listens to things that God has not said, that is, distorts everything. The enemy gets into all-terrain of bitterness and causes mental or family chaos. It also distorts the Word of God.
A hardened heart that does not know God, understands things differently than they have been declared. The enemy makes us believe things like that our illness is not going away, that God is bad, that God does not hear us, that God sends us sickness as a punishment, that God does not love us, that God is macho, and then we believe in a God who is not the true God.
When we doubt or believe the enemy from a resentful heart, we cannot hear what God wants to tell us. Therefore, it is important to know what the Word of God says, understand it well from our spirit, believe it as an absolute message, then go and practice what we have learned.
When we allow external noises to damage our ears, we cannot hear the voice of God. The noise exhausts irritates, and if one gets used to it, it blocks the ability to hear. To be able to listen, we must eliminate external and internal noises, such as rumors, fears, threats, offenses, resentments, depression, doubt, and so on.
Understanding is the ability to think, reflect, pay attention. Hearing is not necessarily understanding. Hearing is involuntary (perceiving sounds); listening is a voluntary action (decide to pay attention). In the parable of the seed that fell on fertile soil, Jesus explained that the seed fell on good soil and bore much fruit. That is, those who listen attentively, understand and practice the Word of God, bear much fruit.
Also, in the Gospel of Luke, it is described that on the road to Emmaus Jesus opened his eyes to his disciples so that they would understand the Scriptures, because they were confused and saddened by all the things that had happened, including the crucifixion of their Master. When they understood the meaning of the prophecies, then they recognized it. Jesus had already disappeared at that moment, but they understood that He was the Messiah sent and that He had risen. They had been talking to Him on the way, without knowing it, while their hearts burned with fire.
The kind of life we have responds to what we hear, what we understand and what we believe. If we believe earthly, human or diabolic lies, we will walk without direction, but if we believe the true meaning and message that what God speaks to us, then we can find the true way.