Featured
articles
Grandparents and favorite grandchildren
Who is the spoiled grandchild? 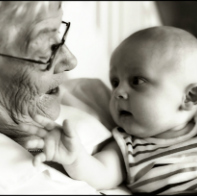 Grandparents and favorite grandchildren
Who is the spoiled grandchild?

According to the grandparents, they do not prefer any of their grandchildren and they all love them equally. But according to the children and grandchildren, they do have it and everyone agrees when pointing out who it is. Although there is often a grandchild or granddaughter who is given special privileges, it is difficult for grandparents to recognize that there is a difference, because they love everyone and believe that by accepting a preference they are affirming that they do not love others enough.

The problem is not about amounts of love. Just as love for each of the children is different because they are different, the same happens with grandchildren. Personality, physical features, interests, character or the simple fact of being the eldest of the grandchildren or the son of your favorite son or daughter, may be the reason why grandparents feel more attached or have more affinity with a certain grandchild or granddaughter. But some grandparents show their preferences in a very obvious way and make better gifts or treat with greater affection the grandchild or granddaughter who captivates them, while they are somewhat distant with others.

The seriousness of these differentiations is that, for grandchildren who do not feel preferred, the obvious is not that their grandparents love another one of their brothers or cousins, but that they love them less.

The preferences are not unfair in themselves. The unfair thing is not recognizing them so they can be handled without going to harm others. Sometimes, the preferred grandchild or granddaughter is precisely the one who is the best gifted, which means that favoritism is directed to the one who is prettier, or more intelligent, or more sympathetic or more affectionate.

But it is precisely that boy or girl who is not so nice, so kind, so outstanding or so affectionate, the one who most needs the support and approval of those around him, and at the same time who usually receives less positive demonstrations. Grandparents can become the "oasis" for that of their grandchildren who seems to be the one who enjoys little positive recognition in their family and even among their relatives. It is possible that being special with that boy or girl is giving him the dose of security and affection that he needs to feel better about himself and be better welcomed into his family group.

Some preferences originate in factors with which children have nothing to do and therefore are beyond their scope to modify.

For example, the girl looks like someone who dislikes us (the Consuegra, the son-in-law), his shy, is ugly, is very fat, or simply came at a bad time for the family. It is worthwhile for grandparents to question themselves and in all honesty to examine what is the reason for their preference. This can help them to realize that those who need your support are not those who enjoy better attributes but precisely those who do not have so many advantages.

Having a preference is not a sin

When grandparents insist on denying a preference (which is obvious to all) it is because they feel guilty and assume that such an attitude is a distortion of their love. But grandchildren do perceive the differences that grandparents deny with their words, but that corroborates their attitudes.

The seriousness of this is that, in their eagerness to disguise their predilection, grandparents try to justify themselves, emphasizing the great qualities and virtues of who is their favorite, while pointing out the shortcomings or mistakes of those who are not. With these justifications, without wanting to, they give to understand to these last ones that they are not sufficiently valuable as people and that for this reason, they do not deserve so much affection.

It is normal and human to feel more attraction towards a particular child, but the inappropriate thing is to demonstrate that predilection without caution, making a clear difference between this and the other grandchildren. The important thing is not to fight against an innate and difficult feeling to modify, nor to try to justify it because the situation worsens. What is needed is to become aware of this "weakness" and admit it in order to balance behaviors and avoid injustices.

There is no reason to feel guilty about feeling a special affinity for one of the grandchildren, but we must be attentive to our demonstrations to avoid hurting those who do not enjoy such a predilection. Although love for grandchildren does not necessarily have to be the same, the treatment given to them should be sought, whatever their characteristics may be. It is the love they receive that will cultivate in them good feelings and affection towards others, including their grandparents.

Grandparents have such kindness, generosity, affection, and wisdom to make it worthwhile that all their grandchildren, not only those who are closest to their affections, can benefit from their wonderful qualities.