Featured
articles
Fidelity is more than not cheating
Fidelity is the virtue to fulfill a promise.

Fidelity is the virtue to fulfill a promise. 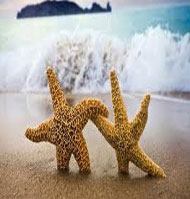 Fidelity is more than not cheating
Fidelity is the virtue to fulfill a promise.

In most people, we can find the idea that conjugal fidelity consists in not having an emotional relationship with another person, but few know that true fidelity in the couple goes beyond this. Fidelity is reserved and given completely and unconditionally to the beloved. José Ortega Y Gasset said that "Loyalty is the shortest path between two hearts".

Fidelity is the virtue to fulfill a promise. The term comes from the Latin fidelitas and also allows us to refer to the accuracy or punctuality in the execution of an action. Although fidelity is not something unique and exclusive of the couple's relationship (one can also be faithful in friendship, in duty, ideals, etc.), it is this context where it has to be given in a very peculiar way and special.

Many people think that fidelity is limited to the sexual aspect, before this, Fernando Savater clarifies that "fidelity is to have faith, to be faithful to someone, but in a broader sense: to have fidelity to their affection, to their tastes, to do things for love, for the sake of seeing her life better, but not exclusively in the sexual domain. "

At the time of the marriage, we make a series of promises to our partner. Being faithful, in addition to not deceiving our partner with another person, implies giving fulfillment to each one of those promises that we made. Faithfulness means following a common life project that is established from the act of promise.

In such a way that it is not enough not to deceive, it is not enough to endure in the relationship, "being faithful does not only mean maintaining a relationship over time, it is not only a matter of time but of quality. What is decisive infidelity is not to get a love to be extended indefinitely, but to be authentic ", points out the Spanish professor Alfonso López Quintás.

It is important to point out that fidelity towards others is largely because we are loyal to ourselves. Insofar as we do not betray and defraud ourselves, in which we work to be straight, integrated and transparent people, it is to that extent that we will have prepared the ground to be faithful with others. We must always seek to be the best version of ourselves, true love demands it from us.

To be faithful we must develop different virtues in ourselves and live day by day the decision we make to choose exclusively our partner. On one occasion I heard someone say that he was being unfaithful during the courtship to be faithful in his marriage. Acting under this logic the only thing he was accomplishing without realizing was putting everything necessary ... but to be unfaithful also in marriage. Fidelity does not occur automatically when marrying, it is something that has to be practiced throughout life.

French writer and poet Georges Duhamel said "I have never cheated on my wife. It's no merit: I love her. " Fidelity is an expression of love, but of true, mature love. If I truly love my partner and recognize the value of our marital relationship, it is unlikely that I will be unfaithful in my relationship. It seems redundant, but to prevent infidelity the best solution is to love.