4 Keys to change a boring marriage. 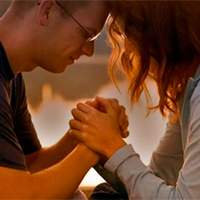 Although the list of causes that lead to marital breakups are varied, it is now observed that boredom is wreaking havoc on marriages, causing the common project to become less and less lasting.

Although boredom in marriage is not exclusive to modern times, there is a variation with respect to the way of dealing with it, which is precise "not to face it" and "yes to avoid it". Thought that could have an explanation when we live in a civilization that insists on maximum enjoyment at the expense of anything, motivating couples to focus their expectations on immediacy; Hence, when the charm of the beginnings disappears, they use the first solution: divorce.

Boredom in the human being

Boredom is a negative emotional state that is related to apathy, dissatisfaction and lack of interest. It can be said that it is also a personal attitude determined by the poverty of initiatives to get out of a routine situation. Likewise, boredom clouds prospects, causing a fearful disinterest in plans, in people and/or in life as such.

Aníbal Cuevas, a recognized family counselor, and writer said: "The issue of boredom has a lot to do with the lack of enthusiasm and forgetting the details. Usually, boredom comes to those who have lost the capacity for wonder and illusion for lack of practice. "

But boredom can be avoided. We return to the famous golden rule: these threats will cause more or less havoc depending on the attitude with which each one confronts them.

Boredom in marriage is the root of other evils that afflict it. "It happens many times that, without words, a kind of agreement is established to live boringly together for the rest of their lives, which, more than promise of an encouraging life project, seems more a condemnation; Some of the two, or both, seek out the novelty, the stimuli that give back the illusions and the desire to live. It does not have to be a lover. Sometimes it is work, others will be new friendships not shared with the couple; new or old individual hobbies, hobbies or addictions. It is as if it were experienced that the authentic life, at least the most stimulating, is outside the couple "they explain from the portal Apoyomatrimonial.com.

For obvious reasons, a point will come when boredom will no longer be supported and without the need for an extreme circumstance, the relationship will dissolve. That is why it is so important to avoid boredom before it arrives. Although if it has already arrived, you can also leave it.

4 Keys to combat boredom in marriage:

1. Becoming boyfriend again
Let us stop to think about the behavior of a man and a woman who have just met and are beginning a relationship: they share some hobbies, they pay special attention to their physical appearance, to manners, to the way of expressing themselves before the other, they are also Attentive to each other, they make different plans, they laugh more time than they discuss, they communicate; in short, they conquer day by day in the minutiae. Being a boyfriend again is an effective way to combat marital boredom.

2. Renew marriage
There is no doubt that it is necessary to renew the marriage. And this renewal includes romanticism and the care of small details, aspects that receive so much attention at the beginning of the relationship.

3. Know how to change together
We are not going to stay for 20 years forever, everything changes as we go along the way. That's why you have to discover and understand every stage that that woman or that man lives next to, instead of looking for a new one. We know that discussions and differences will always exist, that's why we have to work together - shoulder to shoulder - in the conjugal relationship, and re-polish the marriage.