The Church "is a sovereign subject of international law but of a purely religious nature" that tries to give voice to the consciences of people and nations. 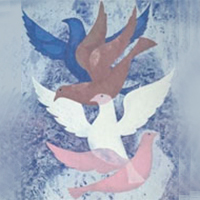 How does the Church teach the "art of peace"?
The Church "is a sovereign subject of international law but of a purely religious nature" that tries to give voice to the consciences of people and nations.

ROME, Thursday, 15 January 2004 (ZENIT.org).-The Church «is a sovereign subject of international law but of a purely religious nature» that tries to give voice to the consciences of the people and the nations. In this role, the Holy See also develops «A work of education: it teaches the art of peace», this Thursday explained the Cardinal Jean-Louis Tauran.

In a conference organized by the Faculty of Canon Law-within, the framework of the feast of his patron Saint Raimundo de Peñafort--of the Pontifical University of the Holy Cross in Rome, the "Pope's Foreign Minister" until last October revealed the bases that they inspire Vatican diplomacy.

"The role of pontifical diplomacy-he explained-is based on the centrality of the human person and his rights, the promotion and defense of peace and the affirmation that peace is not only the absence of conflict but is based on law and justice order, hence ”there is no peace without justice “.

In a crowded room and the presence of about thirty ambassadors, the French cardinal recalled that during the recent Iraqi crisis, the Holy See considered the "always preferable" negotiations and diplomacy, except in cases of self-defense. "Violence generates violence," he added.

"Every country should respect the principles of international law and the conventions it has adhered to," said the French cardinal in fact, respecting the legal corpus of the international community and in particular the principle “pacta sunt servan” [ “agreements should be respected“ ] "they would save a lot of blood and international crises," he said, emphasizing that "the force of law must prevail over the law of force."

Citing the Holy Father, Cardinal Tauran also invited the UN to be "an administrative center, but a moral center where all nations sit at home."

The diplomacy of the Holy See "seeks to help those responsible to find equitable solutions for the good of the world," synthesized the cardinal.

On the church's appreciation of democracy, cardinal Tauran recalled that precisely this political system "means participation and responsibility, rights and duties", a framework where policymakers must respond to their fellow citizens.

Touching the fundamental rights, the former Secretary for Relations with the States of the Vatican Secretariat of State emphasized: "that the Church has always had in the heart the centrality of the human person, defending in the first place the right to life, from its beginning to the death».

He, therefore, denounced that there are still laws and situations that put "human life at risk" and cited abortion, embryo experimentation and the liberalization of euthanasia.