We publish the message written by Monsignor Francisco Gil Hellín, archbishop of Burgos, on the occasion of May 1 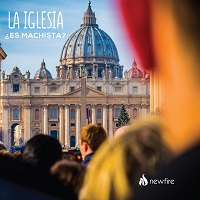 We publish the message written by Monsignor Francisco Gil Hellín, archbishop of Burgos, on the occasion of May 1

May 1 is associated with the world of manual, intellectual and artistic work. However, the current crisis necessarily leads to unemployment that affects so many people, particularly young people. Who does not know people and families who are experiencing real economic hardships and perhaps, as a consequence of them, the increase of tensions, conflicts and even separations? As is logical, nobody can feel indifferent but we must all be sensitive to this reality, accompany the victims and send them a message of solidarity and hope.


The Bishops of Spain, in the Plenary Assembly that ended last Friday, we have studied a document of remarkable amplitude and importance that will be made public at the time and in which the problem is approached with depth and wide horizons, fleeing from all simplistic reductionism or partial

This document will allow me to reflect and make it known with the seriousness it deserves. In the meantime, I want to invite you all to reflect on some ideas that I think are especially important.

The most important is this: the economic crisis is not financial but moral. If we have reached this situation, it is because we have an incorrectly organized society.

Consequently, the crisis will not be overcome only or mainly because we change the economy but because there is another, much deeper change: the change of mentality and behavior habits of the people who make up society. In effect, we have been the people, not the fatality or the blind forces, not even some especially corrupt social agents, who have given rise to this world crisis. Hence, their overcoming will come when people change in a real and profound way. Otherwise, we may overcome the current crisis, but we will not have removed the causes that generate it and, therefore, will reappear in the future, even more sharply.

The second idea that seems fundamental to me can be formulated like this: the crisis that we suffer is not sectoral or national but global. In such a way that no particular State and, still less, no inferior social structure is capable of resolving it on its own. It requires the cooperation of all States and, within them, of all social strata: political, financial, intellectual, social media, employers, workers across the entire spectrum of work. No one can be excluded because we are all necessary and we are all concerned.

The third fundamental idea seems to me to be this: man is the center of creation, because the Creator, besides making him in his image and likeness and endowing him with a transcendent dimension, has placed at his service all the goods of enjoyment and production. By "man" I mean all the men and women who live on earth today and those who will come after us because God has also created the goods for them. Hence, any way of understanding politics and economies outside of a perspective in which people prevail, the good that communicates them and the justice that determines their duties and rights, become realities incapable of facing and resolving human development integral.

I would like to express my closeness to families and people who feel affected by unemployment and precarious work situations. I wish I could remedy their problems or alleviate them effectively! Know that, at least, I suffer with you and I wish with all my heart that among all of us we are capable of resolving the painful situation that afflicts us. Throughout May that we will begin, I will ask the Blessed Mother and I will ask her to help us. Do it also, imploring her as Mother and consolation of the afflicted.