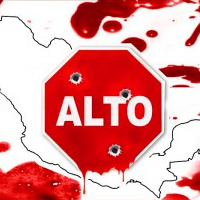 
BANGKOK, Friday, May 7, 2010 (ZENIT.org) .- The social injustice perceived by broad sectors of the population and corruption is the two main factors that explain the current social and political crisis in Thailand. It is affirmed by Monsignor Louis Chamniern Santisukniram, archbishop of There and Nonseng, and president of the country's Episcopal Conference.


The riots of recent weeks declares in an interview with Fides the archbishop- they have their roots in problems of social justice: part of the population complains about inequalities and disparities, and many citizens feel that they do not have equal treatment, equality of rights, equal opportunities, standard of living and well-being with respect to others. Also, the problem of corruption is added. As in several Asian countries, this is a serious problem in Thailand, which highlights the urgent need for morality, transparency, ethics, responsibility of political leaders and those who govern the civil community.

The Church and the majority of the population supports the five-point road map designed by the Government and presented to the opposition leaders: not to transform the monarchy into a weapon in the political struggle; introduce reforms to overcome inequalities; not exacerbate social and political conflict through the media; create an independent commission of investigation into violence in recent weeks (27 dead and 900 injured); and undertake a serious process of national pacification.

Everyone hopes that this can be a way to end the crisis that the country has been suffering for so long. The road map is part of the announcement made on Thursday by Prime Minister Abhisit to dissolve Parliament in September and call new elections on November 14, 2010.

Monsignor Chamniern stresses: The political situation is delicate and complicated. Thailand is a country that has its history, its customs, its path towards democracy. I think the road map would have been successful if it had been previously agreed with the opposition. In politics, it is important to move under the sign of dialogue, of cooperation, of commitment with the other parties. We are still waiting for an agreement and praying that there will be no violence and so that the country can resume a healthy path of democracy and stability.

On the role of religious leaders, the archbishop says: In this crisis, politics has asked for help from religious communities. As a Church, along with the other religious communities also through a recent public meeting-- we have tried to contribute equally with prayer, exhorting dialogue, educating legality and social justice, morality in social actions and policies

In the coming months, I have invited Catholics who are directly employed by local civil administrations to a training course on the social doctrine of the Church.

The Thai Church concludes the president of the Episcopal Conference - will continue in its line of the prayer, dialogue with the religious and civil components, the formation of consciences.