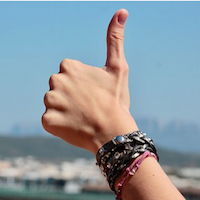 Tourism, an opportunity to get closer to God

Tourism, an opportunity to get closer to God

Message for the World Tourism Day

* * * * *
With the theme "Tourism and biological diversity", proposed by the competent World Organization, World Tourism Day wants to offer its contribution to this 2010, declared by the General Assembly of the United Nations "International Year of Biological Diversity".


This proclamation stems from the deep concern "for the social, economic, environmental and cultural repercussions of the loss of biological diversity, including the adverse consequences for the achievement of the Millennium Development Goals, and highlighting the need to adopt measures concrete ways to reverse that loss ".1

Biodiversity, or biological diversity, refers to the great wealth of beings that live on Earth, as well as to the delicate balance of interdependence and interaction that exists between them and with the physical environment that receives and conditions them. This biodiversity translates into different ecosystems, of which forests, wetlands, savannah, forests, desert, coral reefs, mountains, seas, or polar areas are good examples.

Before them, three serious dangers require an urgent solution: climate change, desertification and the loss of biodiversity. The latter is developing in recent years at an unprecedented pace. Recent studies indicate that 22% of mammals, 31% of amphibians, 13.6% of birds or 27% of reefs are threatened or endangered worldwide.2

There are numerous sectors of human activity that contribute greatly to these changes, and one of them is undoubtedly tourism, which is among those that have experienced greater and faster growth. In this regard, we can remember the figures offered by the World Tourism Organization (UNWTO). If the international arrivals of tourists were of 534 million in the year 1995, and of 682 million in 2000, the forecasts that appeared in their report Tourism 2020 Vision are of 1006 million for the year 2010, and that they would arrive at 1561 million in the year 2020, with an average annual growth of 4.1% .3 And to these figures of international tourism should be added those even more important in domestic tourism.

All this shows the strong growth of this economic sector, which has important effects on the conservation and sustainable use of biodiversity, with the consequent danger that it will be transformed into a serious environmental impact, especially by the excessive consumption of limited resources (such as drinking water and the territory) and the large generation of pollution and waste, exceeding the amounts that would be acceptable for a certain area.

The situation is aggravated by the fact that tourism demand is increasingly directed towards nature destinations, attracted by its innumerable beauties, which has an important impact on the populations visited, on its economy, on the environment, and in its cultural heritage. This fact may well be a harmful element or, on the contrary, contribute significantly and in a positive way to the conservation of heritage. Tourism thus lives a paradox. If on the one hand it arises and grows thanks to the attractiveness of some natural and cultural sites, on the other hand, these can become damaged and even destroyed by tourism itself, so they end up being rejected as destinations because they no longer enjoy the attractiveness that was in the origin.

Therefore, we must affirm that tourism cannot exempt itself from its responsibility in the defense of biodiversity, but, on the contrary, it must assume an active role in it. The development of this economic sector must be accompanied inescapably by the principles of sustainability and respect for biological diversity.

The international community has been seriously concerned about all this and reiterated pronouncements have been made on the subject.4 And the Church wants to add its voice, from the space that is its own, based on the conviction that it "has a responsibility regarding and in doing so, it must not only defend the earth, water, and air as gifts of creation that belong to all, it must protect man above all from destroying himself ".5 Without entering into the question of concrete technical solutions, which would escape their competence, the Church is concerned to draw attention to the relationship between the Creator, the human being and creation.6

The Magisterium insistently reiterates the responsibility of the human being in the preservation of an integral and healthy environment for all, from the conviction that "the protection of the environment constitutes a challenge for the whole humanity: it is about the duty, common and universal, to respect a collective good".7

As Pope Benedict XVI points out in his encyclical Caritas in Veritate, "the believer recognizes in nature the marvelous result of God's creative intervention, which man can use responsibly to satisfy his legitimate needs - material and immaterial - respecting the balance inherent in creation itself ", 8 and which use represents for us" a responsibility to the poor, future generations and all humanity ".9 Therefore, tourism must be respectful of the environment, seeking to achieve a perfect harmony with Creation, so that, by guaranteeing the sustainability of the resources on which it depends, it does not cause irreversible ecological transformations.

The contact with nature is important and therefore tourism should strive to respect and value the beauty of creation, from the conviction that "many find peace and tranquility, feel renewed and strengthened, to be in contact with beauty and the harmony of nature, so there is a certain form of reciprocity: in taking care of creation, we see that God, through it, takes care of us ".10

There is an element that makes this effort even more demanding. In his search for God, the human being discovers some ways to approach the Mystery, which has as its starting point the creation.11

Nature and biological diversity tell us about the Creator God, who is present in his creation, "well by the greatness and beauty of the creatures one arrives, by analogy, to contemplate his Author "(Sb 13, 5)," for it was the Author of beauty who created them "(Sb 13, 3). That is why the world, in its diversity, "presents itself to the gaze of man as the mark of God, a place where his creative, providential and redemptive power is revealed." 12 For this reason, tourism, bringing us closer to the creation in all its variety and wealth can be an occasion to promote or increase the religious experience.

All this makes it urgent and necessary to find a balance between tourism and biological diversity, in which both support each other so that economic development and protection of the environment do not appear as opposed and incompatible elements, but rather tend to reconcile the demands of both .13

Efforts to protect and promote biological diversity in its relationship with tourism begin with the development of participatory and shared strategies, in which the various sectors involved commit themselves. Most governments, international institutions, professional associations of the tourism sector and non-governmental organizations defend, with a long-term vision, the need for sustainable tourism as the only possible way for their development to be economically profitable, protect resources cultural and natural resources, and serve as a real help in the fight against poverty.

Public authorities must offer clear legislation that protects and enhances biodiversity, reinforcing the benefits and reducing the costs of tourism, while at the same time ensuring compliance with the standards.14 This must certainly accompany an important investment in planning and education. Government efforts should be greater in those places that are most vulnerable and where degradation has been greatest. Perhaps in some of them, tourism should be restricted or even avoided.

For its part, the business sector of tourism is asked: "to conceive, develop and carry out their activities by minimizing their negative impact, and even contributing effectively to the conservation of sensitive ecosystems and the environment in general, benefiting directly to the local and indigenous communities ".15 For this, it would be advisable to carry out previous studies of the sustainability of each tourist product, evidencing the real positive contributions as the potential risks, from the conviction that the sector cannot seek the objective of the maximum benefit at any cost.16

Finally, tourists should be aware that their presence in a place is not always positive. To this end, they must be informed about the real benefits of biodiversity conservation, and be educated in sustainable tourism modes. Likewise, they should demand from the tourist companies proposals that contribute to the development of the place. In no case, neither the territory nor the historical-cultural heritage of the destinations should be harmed in favor of the tourist, adapting to their tastes or desires. An important effort, which must be carried out especially by the pastoral care of tourism, is an education in contemplation, which makes it easier for tourists to discover the mark of God in the great wealth of biodiversity.

Thus, from the hand of tourism that develops in harmony with creation, it will be easier for the tourist to repeat the psalmist's praise: "Lord, our master, how wonderful is your name in all the earth" (Sal. 8, 2).