Featured
articles
We must overcome the global imbalance from the Caritas in Veritate
Affirms Monsignor Toso, secretary of the Pontifical Council Justice and Peace

Archbishop Toso said that a new project is needed to overcome global imbalances from the Caritas in Veritate encyclical. 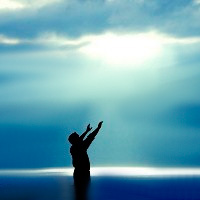 We must overcome the global imbalance from the Caritas in Veritate

We must overcome the global imbalance from the Caritas in Veritate
Affirms Monsignor Toso, secretary of the Pontifical Council Justice and Peace

ROME, Sunday, June 27, 2010 (ZENIT.org) .- The secretary of the Pontifical Council for Justice and Peace Mario Toso spoke on Thursday at the VII International Symposium of University Teachers, which takes place in Rome until June 26. Archbishop Toso said that a new project is needed to overcome global imbalances from the Caritas in Veritate encyclical.

Monseñor Mario Toso spoke on the theme of Caritas in Veritate. Towards an economy at the service of the human family.

The Secretary of Justice and Peace was convinced that  Caritas in Veritate, which has seen the light at the beginning of the third millennium, in a historic moment of tumultuous transformations and construction of new institutions, appropriate to an increasingly world globalized, can become the charter of a renewing effort of cultures and the conception of the development of the human family, in addition to the relative policies and legislations, as the Rerum Novarum of Leo XIII did, halfway between the nineteenth century and XX.

In a "liquid-modern" society  added - to say it with the expression of Zygmunt Bauman, that everything surrounds and swallows everything, and that assumes the profiles of a coexistence without a unifying construct if not one of the merchandising and the technocracy, ideological epigones of the modernity, the Caritas in Veritate offers the hope of a spiritual and moral rebirth, a supplement of reflexivity and the bases of a new project capable of overcoming global imbalances.

With this VII Symposium, he said, it is intended to give life to a phase of scientific deepening of the contents of the Caritas in Veritate that precedes of that experimentation. In the encyclical, he underlined, there are principles of reflection, criteria of judgment, practical orientations that demand to be developed and integrated from the theoretical-practical point of view, of the historically contextualized operability.

For example, it reads:

• The dignity of the person and the demands of justice require that, especially today, economic decisions do not increase excessively and morally unacceptable differences in wealth and continue to pursue as a priority the objective of access to work or its maintenance, for all? (No. 32).

Monseñor Toso pointed out that "the systemic increase in inequalities between social groups within the same country and between the populations of the different countries, that is, the massive increase of poverty in a relative sense, not only has the effect of eroding social cohesion, and in this way puts democracy at risk, but also has a negative impact at the economic level, through the progressive erosion of "social capital", that is, that set of relations of trust, reliability, respect of the rules, indispensable for all civil coexistence.

He added that "economic science always tells us that a structural situation of insecurity generates anti-productive attitudes and waste of human resources, in that the worker tends to adaptively passively attain automatic mechanisms, instead of releasing creativity.

Also on this point, he stressed, "there is a convergence between economic science and moral valuation.

He pointed out that it must be remembered that the flattening of cultures to the technological dimension if in the short term it can favor the obtaining of benefits, in the long term hinders reciprocal enrichment and the dynamics of collaboration.

He stressed that it is important to distinguish between short-term and long-term economic and sociological considerations. The lowering of the level of protection of the rights of the workers or the renunciation of redistribution mechanisms of the rent, to make acquire greater international competitiveness, prevents the affirmation of long-term development.

Therefore, he warned that it is necessary to value attentively the consequences on people of the current tendencies towards an economy of the brief, perhaps very short term (No. 32).

And the conclusion reached by the encyclical belies the abstract judgment attributed to it by some: This requires a new and profound reflection on the meaning of the economy and its ends, as well as a profound and farsighted revision of the development model, to correct their dysfunctions and distortions. It is demanded, in reality, by the state of the ecological health of the planet; above all, the cultural and moral crisis of man demands, whose symptoms have been evident for some time all over the world (No. 32).

It is, therefore, about reflecting on current problems, discerning, initiating and outlining new projects, related to an economy that puts the person in the center and is, consequently, at the service of the good of the human family.

Thus, according to Archbishop Toso, Caritas in Veritate expresses itself, instilling value to those who are thirsting for justice and peace:

The aspects of the crisis and its solutions, as well as a possible new future development, are always interconnected, they involve each other, demand new efforts of unitary understanding and a new humanistic synthesis. The complexity and seriousness of the current economic situation are justly worrying us, but we must assume with realism, confidence and hope the new responsibilities that the scenario of a world that needs a profound cultural renovation and the rediscovery of fundamental values ​​about them than to build a better future. The crisis forces us to re-project our path, to give ourselves new rules and to find new forms of commitment, to point to positive experiences and to reject negative ones. The crisis thus becomes an occasion for discernment and a new project. In this key, confident rather than resigned, it is convenient to face the difficulties of the present moment (No. 21).