Caritas International says at the next UN summit 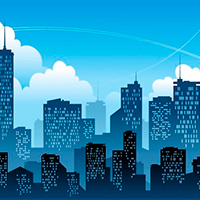 ROMA, Monday, 20 September 2010 (ZENIT.org).-Five years before the United Nations (UN) deadline for meeting the Millennium Development Goals (MDGs) is met, Caritas international states that many poor countries will not be able to achieve these goals. The humanitarian organization of the Church makes this statement at the upcoming UN summit in New York from today to September 22.

This meeting of world leaders aims to accelerate the progress of the proposed objectives, a series of goals ranging from cutting maternal and child mortality to halving the number of those suffering from hunger in the world.

Caritas Senegal General Secretary Ambroise Tine will attend the summit as Caritas International's representative, reports the organization's website, and has an intervention on 22 September.

To this end, Ambroise Tine said: “If you ask a poor family in Senegal if they have heard of the Millennium Development Goals, they will almost certainly say no. But they are working every day as hard as anyone to achieve them. They know the MDGs by another name. They call them survival”.

“Our generation pointed out-it is the first to have the knowledge and resources to help millions of people escape poverty. All that is needed is political will on the part of world leaders to keep the promises of their governments. This political will must be concretized in debt cancellation, fair rules of international trade and more better-employed aid”.

“It's not just a matter of more money. We need political leaders who look at everyone as human beings whose dignity, freedom and right to better living conditions are inviolable and deeply sacred”, he added.

Caritas International recognizes that, in the last decade, progress has been made since world leaders signed the 2000 Millennium Declaration.

Remember, when school fees were abolished in Uganda, Tanzania, and Kenya, seven million more children started going to school.
It also notes that the antiretroviral treatment of AIDS and HIV has increased tenfold in the last five years.

But he warns that, when five years to go for the projected target of 2015, “many poor countries will not achieve the goals”.

Caritas International stresses that “one in seven children in Africa does not reach their fifth birthday. In the world, 8.8 million children died in 2008. Four disease pneumonia, diarrhea, malaria, and AIDS are the cause of 43% of these deaths”. And he points out that there are low-cost treatments for these diseases.

The humanitarian organization of the Church is carrying out an international campaign to support the Millennium Development Goals.