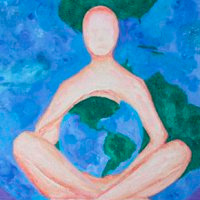 Holy See: Distributing resources to the service of life and development
Archbishop Chullikatt intervenes in the United Nations

New York, Thursday, October 7, 2010 (ZENIT.org).-Recognizing the financial challenges that the global community must face, the Permanent Observer of the Holy See to the UN, Archbishop Francis Chullikatt, expressed the hope that the United Nations stirrups respect their responsibility to combat extreme poverty.

Noted that the 15% increase in global military spending from the year 2007 to 2009 despite the economic crisis is even more disturbing in the light of the fact that more than 1.4 million people in the world live on less than 1.25 dollars a day.

“The challenge is real, but it is not an impassable barrier if nations transfer the resources of the programs aimed at destroying those who promote life and development”, he said.

Monsignor Chullikatt emphasizes that the promotion of genuine human and economic development requires a commitment to fundamental and authentic human rights, including the right to life of the conceived and the right of families to raise their children.

He also warned that “reproductive health and sexual rights concepts that include access to abortion or other forms of life-destroying services or investigations promote the mistaken logic of a culture of death” rather than respecting and embracing life.

Taking into account the social and spiritual nature of the human person, the permanent observer stated that the right of an individual to participate publicly in religious celebrations must be respected.

He found that concepts such as defamation of religions should be revised to ensure that religious intolerance and incitement to violence are justly condemned without hindering the right to authentic religious freedom that is a benefit for everyone.

Finally, archbishop Chullikatt called for universal solidarity with the neediest and called for greater financial resources and respect for faith.