Reflection on issues related to human rights and their relationship with Christian anthropology and faith, directed by Rafael Navarro Valls, professor at the Faculty of Law of the Complutense University of Madrid, and secretary 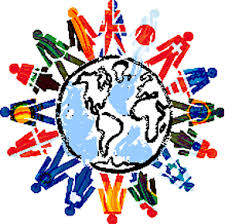 Law and human rights
Reflection on issues related to human rights and their relationship with Christian anthropology and faith, directed by Rafael Navarro Valls, professor at the Faculty of Law of the Complutense University of Madrid, and secretary


MADRID, Monday, December 20, 2010 (ZENIT.org) .-
* * * * *
The spiral of legitimate claims to which the modern notion of subjective right points ends in utopia if it does not find in its own right the channel of its promotion and defense. For a long time, jurists have denounced that, the uncertainties about the objective right, bounce over the subjective rights, creating remarkable social insecurity.

Think of the criminal law in the Church. Benedict XVI, in his last book with Peter Seewald, denounced the lack of force of canon law from the 60s, which led to the idea that, applying the law, "violated charity". This legal vacuum contributed, among other toxic results, to sexual predators in the Church campaigning at their whim. A little tug of the ears, perhaps a change of pastoral destiny and the enemy was still inside the house. While there was a hardening of civil penal laws, in the Church, a failing sanctioning right, created a legal loophole of such an entity that legal anxiety supplanted legal certainty. The consequence was a devastating plundering of human rights, among them the respect for the dignity of the human person.

Three letters have just been published that demonstrate how the prefect of the Doctrine of the Faith, Cardinal Ratzinger, had promoted since the very promulgation of the current 1983 Code, a revision in relation to the grave moral faults committed by members of the clergy and by the time his expulsion from the clerical state was required. It was then, the current pontiff, who vigorously postulated the process of reform of criminal discipline.

At the same time, it was announced a few days ago a reform of Book VI of the Code of Canon Law ("On sanctions in the Church") aimed at hardening and speeding up the application of penalties to clerics who commit more serious crimes, among them the sexual abuse of minors. When the news became public, from the Pontifical Council for Legislative Texts, a widespread anti-juridicism was again denounced, which could not reconcile the demands of pastoral charity with those of justice and good government.

Effectively, recognize - as you just did the Archbishop of Dublin - that "the scandal" of sexual abuse "has opened the eyes of the Church" to that "horror", means not simply "cry to Heaven”, but recognize the inadequacy of legal reaction. Especially, in those areas the United States and the Netherlands where the non-juridical climate was older

The right, of course, is simply a modest instrument within the many channels for promoting human rights, also in the Church. Its inefficiency, however, leaves without brake or accelerator the great vehicle of its tutelage.