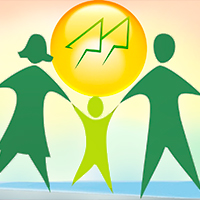 Free markets and respect for subsidiarity


ROMA, Monday 24 October 2011 (ZENIT.org).-The Pontifical Council for Justice and Peace presented today, Monday, 24, the document “for a reform of the international financial system in the perspective of a public authority of universal competence”, which It proposes the creation of an organism at international level super parts, with a constitution accepted by all, capable of regulating the international finances, to put them at the service, not of the speculation but real economy, of the human person and respecting the principle of subsidiarity.

“The old ideologies have seen the sunset recalled the secretary of Justice and Peace--, but they have emerged new, no less dangerous for the integral development of the human family. These have hurt the international and global monetary and financial system, causing inequalities in terms of sustainable economic development, as well as serious problems of social justice, putting a hard test on the weaker villages”.

The Note by the Pontifical Council seeks to move from the current “system of governance to a system that, in addition to horizontal coordination, has a super-party authority, with the power to decide with the democratic method and to punish by law”.