The Vatican observer to the UN on the Arms Trade Treaty 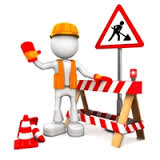 Main objective: the disarmament of the international illicit market

Main objective: the disarmament of the international illicit market
The Vatican observer to the UN on the Arms Trade Treaty


NEW YORK, Friday, February 17, 2012 (ZENIT.org) .- From February 13 to 17, the IV session of the Preparatory Committee of the United Nations Conference on the Arms Trade Treaty took place in New York. , intervened the permanent observer of the Holy See to the UN, Archbishop Francis A. Chullikatt.

The Permanent Observer of the Holy See to the UN expressed his delegation's willingness to collaborate to achieve a positive result of the efforts of the last session of the Preparatory Committee of the United Nations Conference on the
Treaty of the Arms Trade.

He noted that, with other states and with the international community, the Holy See shares the vision that the main objective of the Treaty should not be simply the regulation of conventional arms trade, but should be, above all, the disarmament of the illegal international market.

An unregulated and non-transparent arms trade, he stressed, due to the absence of effective surveillance systems at the international level, generates a series of humanitarian consequences: integral human development is delayed, the risk of instability and conflict intensifies, the peace process is put at risk and the spread of a culture of violence and crime is facilitated.

For this reason, he affirmed that a responsible action, shared by all members of the international community, is necessary to resolve such problematic realities.
Such responsible action, he said, is increasingly urgent to promote the establishment and maintenance of international peace and security with as little deviation as possible from the world's human and economic resources.

He also pointed out the need for a strong, effective and credible legal instrument that is capable of regulating and improving transparency in the trade in conventional weapons and ammunition, including trade and the licensing of technologies for their production.

To guarantee this, he indicated that it is necessary to take into account five aspects.

First, the scope of the Treaty must be broad, including also small arms and light weapons, together with their respective ammunition, which enters the illicit market often very easily and gives rise to a series of humanitarian problems.

Secondly, the criteria for the application of the Treaty must maintain the reference to human rights, humanitarian law, and development.

Third, the capacity for the success of the Treaty will also depend on its ability to promote and strengthen international cooperation and assistance among States.

Fourth, the provisions relating to assistance to victims should be maintained, and if possible strengthened, with attention also to the prevention of illegal proliferation of weapons, by reducing the demand for weapons that often they feed the illicit market. In this regard, he considered it appropriate to introduce references in the Treaty about educational processes and public awareness programs - involving all sectors of society, including religious organizations - that aim to promote a culture of peace.

Finally, he said that the mechanisms for the revision of the Treaty and the update should be strong and credible, able to quickly incorporate the new developments.

The Vatican observer noted that the Holy See is convinced that the Arms Trade Treaty can make an important contribution to the promotion of a true culture of peace through responsible cooperation among States, in collaboration with the arms industry and solidarity with civil society.

"Seen from this perspective," he concluded, "current efforts to adopt a strong and effective treaty could represent a significant signal of the political will of nations and governments to ensure peace, justice, stability, and stability. Prosperity in the world.