Featured
articles
What the Church says ... of the solidarity economy
Fragments of Papal messages that speak of the Social Doctrine of the Church and insist on supporting and stimulating solidarity economy organizations, with which our peoples try to respond to the distressing situations of poverty. 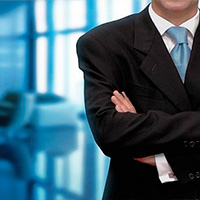 What the Church says ... of the solidarity economy


«Support and stimulate solidarity economy organizations, with which our societies try to respond to the distressing situations of poverty. (...) Urge responses from the States to the difficult situations aggravated by the neoliberal economic model, which mainly affects the poorest. Among these situations, it is important to highlight the millions of Latin Americans who struggle to survive in the informal economy "(Santo Domingo 201).

«Solidarity as a basic attitude implies, in economic decisions, to feel the poverty of others as their own, to make the misery of the marginalized out of oneself and, given this, to act with rigorous coherence. It is not only the profession of good intentions but also the determined will to find effective solutions in the technical area of ​​the economy, with the foresight that gives love and creativity that comes from solidarity. I believe that in this solidary economy, we cipher all our best hopes for the region "(John Paul II, L’Osservatore Romano, 12.IV.1987).

"It is not a question now of delving into the social conflicts that afflict Mexican society, but of promoting a solidary society in which the most affluent ones commit themselves to help the less favored. It is time to propose a solidary economy, in which economic demands are legitimately combined with respect for the dignity of man; in which the priority of the human being over the instruments of production is unambiguously recognized, without sacrificing the efficacy of economic methods, but which takes into account the priority of ethical values ​​"(John Paul II, Address to the Mexican Episcopal Conference, 12.V.1990).