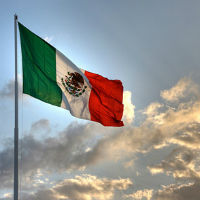 
Know the origin of social weeks and some related movements in our country, so that, remembering this historical background, we continue to promote our social commitment.
Source: Apostoloteca

1. Objective
Know the origin of social weeks and some related movements in our country, so that, remembering this historical background, we continue to promote our social commitment.

In plenary, the following questions can be answered:
1.- What social events have occurred in our community and that has been able to mobilize a large part of the population?
2. - Has the Church participated in these mobilizations? How?
3.- Let's learn our subject

- The advances in the different fields of science had caused humanity an excessive search for new things, sacrificing many ethical and moral values.
- Next to the new freedoms that a few possessed, was the new slavery of a multitude of workers.
- There was no shortage of social conflicts between workers and employers, because of the inequality of opportunities between one and the other.
- Capitalist liberalism and socialism were presented as alternative solutions. In the end, neither of them managed to resolve the situation of injustice that prevailed.
- The Christians themselves had been carried away by the vertigo of novelty and had closed their eyes to the dehumanization of economic and social life, trying to cover with alms the serious faults to justice.

3.2 Rerum Novarum begins to have an impact on French Catholics.
Encouraged by such a document, the French Catholics began to organize various groups and study circles that, in the end, would serve as a vehicle to publicize Christian social thought.

From 1904 onwards, this type of experience promoted by French Catholics began to be called «Social Weeks». These weeks were the occasion to meet all the living forces of society and to reflect together on the social situation that prevailed at that time.

Since then these experiences were spread throughout Europe and America, although with different modalities.

3.3 Related movements emerge in Mexico
In Mexico, there was a certain disregard for the encyclical Rerum Novarum of Leo XIII. The reasons that the Church of Mexico had for this neglect were three:

a) Catholics argued that the problem of socialism -which was the one that preferably attacked the encyclical- did not correspond to them since this ideology did not occur in the country.

b) The mistrust of any novelty (misoneism), especially anything that could refer to modernity, whether it came from the Catholics of Europe or the Pope himself. Agustín Yáñez admirably portrayed this misoneism in his novel "Al filo del Agua".

c) The policy of conciliation, in vogue during the Porfiriato, caused the Mexican Church to be somewhat timid in its pronouncements on the social question.

Thus, the rise and consolidation of the regime and the establishment of conciliation, made Catholics see that in Mexico there was no social issue to resolve and, therefore, the encyclical Rerum Novarum would be left in reserve in case it was presented in future.

However, and despite the policy of conciliation, in 1891 some Mexican Catholics tried to give an appropriate response to the Rerum Novarum founding the Catholic League, which took as slogans, first “For God and the Homeland”, and then “Dios, Patria y Unión”. Among the objectives of the League revive the old guilds, moralize their associates (lawyers, priests, doctors, pharmacists, teachers, engineers, merchants, students, craftsmen, employees, and dependents) and create savings banks. This organization did not last more than three years.

The first years of the 20th century consigned the appearance of labor groups inspired by Catholic principles. We mention some:

1900: Mutual Society of San Crispín, Guadalupana, in Aguascalientes; and the Society of Workers of Labor in Nuevo Laredo.

After 1913, this type of mobilization ceased to take place. Later, other attempts to live the social dimension of faith would arise, under other political and social circumstances.

Mr. Francisco Trasloscheros, a well-known Puebla militant, summarizes around 1909 the results of some of these national congresses and meetings:

«Really and positively such assemblies have been the field of union (...). Throughout the territory, the congresses are gathering the best and most distinguished of Catholics (...). Nor can it be denied that the taste for the study of social questions and the emergence of schools, publications, workers' societies, leagues of all kinds, circles, etc., etc., are becoming widespread throughout the nation, so that, although that all the agreements taken are not carried out, there is a unanimous awakening everywhere (...). I think that we would be appalled with joy if we had in view the catalog of all these works ».

4. - Hands to work
1. - Is it possible that in our community we can organize a more or less generalized social mobilization?
2. - If possible, what kind of mobilization would it be?
3. - Who could participate, and in what form, in that mobilization?

5.- Let's pray
Lord, our God, listen to the prayer that we address for our country, so that the prudence of its rulers and the honesty of the citizens, maintain harmony and justice and achieve true progress and peace. Through Jesus Christ our Lord.