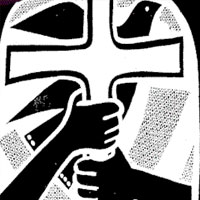 From the Cardinal Van Thuan International Observatory
By: | Source: Zenit.org

ROME, Tuesday, April 3, 2012 (ZENIT.org) .- Before a full Paul VI Classroom, the Third Report on the Social Doctrine of the Church in the world took place at the Pontifical Lateran University.

Many prominent personalities attended: from the new minister for cultural goods and activities, rector of the Catholic University of the Sacred Heart, Professor Lorenzo Ornaghi, the secretary of the Italian Episcopal Conference, Monsignor Mariano Crociata, and the rector of the University Pontifical Lateran, Monsignor Enrico Dal Covolo.

The event that was promoted by the Christian Workers Movement (MCL) and introduced by its president, Carlo Costalli, was concluded with the intervention of the president of the Observatory, Monsignor Giampaolo Crepaldi.

Taking the floor, in the first place, Monsignor Dal Covolo, summarized the thematic and temporal context within which the Report is born, indicating in the analysis the international debate generated by the Caritas in Veritate, an opportunity chosen more than ever as an orientation.

Last year was a year marked by the great economic and financial crisis that led to extreme consequences, especially in some areas of the planet, the harmful behaviors already stigmatized by the pontifical encyclical, for having at the base an exclusively materialistic conception of development and the person in general.

The ultimate compass of human action should always be the charity that alone promotes virtue and encourages the decisive dimension of gratuity, necessary in relationships, without which no society comes to stand. However, it is good to be aware, as emerges from this year's report, that the Social Doctrine of the Church 'has' several enemies, both internal and external.

It's about the chains denounced by the Pontiff in his apostolic trip to Portugal and that massively constrain, in civil society as in ecclesial organisms, the progressive secularization of social doctrine.

To contrast these obstacles - according to Dal Covolo more awareness and greater preparation are necessary: the study of the report represents a valuable opportunity for formation and growth for all those who are sincerely committed to the construction of a fairer political and economic society.

The president of the Observatory said that the first mission of the Observatory is to generate a continuous service in fidelity to the Magisterium of the Holy Father where the accent falls in the dimension of the service, this is the reception, the study and consequently the diffusion of the informative and specialist of everything the pontiff transmits in his pronouncements and his documents.

The secretary of the Episcopal Conference Monsignor Crociata, for his part, took up the contents of the Report, recalling, in particular, the perniciousness of the new ideologies of the relativist society, such as those frequently conducted by UN agencies in matters of reproductive health and philosophy of the gender.

Crociata recalled the annoying international debate of recent weeks about the possible legality of infanticide (generated by an article by two Italian researchers in a notable 'scientific' magazine). What is the point of being scandalized by such statements if, from decades until today, most of the Western states legalized other abominable crimes? (To use the words of the Second Vatican Council, in the Gaudium et Spes) as abortion? With what authority can a State stop talk about morality if for years it has been among the first vectors of immorality allowing it openly, if not even promoting it, with its same laws?

Professor Ornaghi, on the other hand, spoke about the elaboration of the concept of 'culture' and about the public consequences that this may have, in good as in bad.

The Social Doctrine of the Church explained to the new minister when it insistently calls for the urgent need for an adequate reflection on development, it really wants to broaden the horizons of culture that the ruling classes of our countries frequently restrict in the perspective of a radical scientific, if not scientific, positivization of knowledge commonly understood. . Still, the development was not only given by what can be measured: as taught and Aristotle (a pagan), the human being is constitutively social, this is done - by its nature - to be with others and to relate to the others. From here, for example, the birth of the family as the first social body.

But today the family as it is considered for development. Pope John Paul II in the famous speech to UNESCO in Paris, on July 2, 1980, spoke of the need to recognize a Primate of the family explaining how this is "a fundamental creative environment of culture". He added that each Nation brings its deepest sovereignty not from the geopolitical confines we all see, but from its historical culture and the primacy of the family in the work of education, which we often do not see.

For Christians, hope is not an idea but a concrete certainty because it is based on Revelation itself. In the name of this hope - Archbishop Crepaldi recalled in conclusion - Cardinal Van Thuân offered his life, wasting away for the good of the Social Doctrine of the Church, after a life of authentic martyrdom, his sacrifice.