Dr. Juan Souto Coelho of the Pablo VI Foundation Madrid - Spain offers us a valuable reflection on what is the policy and its link with ecology and SDC 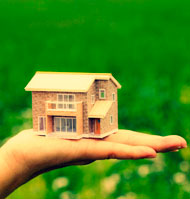 Build "a city worthy for man" on Earth, our "common house"

In the beginning, there were the Logos and the Logos was God. And God said: let's make oikós for man. And the Logos created the "House" (oikós) and provided it with all the necessary goods in sufficient quantity and quality so that all would live happily.

Then he said: let's make the human being. And he created the man and the woman who, different and complementary, fully realize the human. And he told them: yours is the "House", multiply and fill it with life, shared love, and infinite joy ... And God saw that everything was good and well done. But the man and the woman introduced the disorder in their relationship and in the house that God gave them...

I am sure that you have heard these words before in another version, in effect; they evoke the story of Genesis.

Blessed John XXIII, in the encyclical Pacem in Terris 1-5, when referring to the gift of Peace, unites the Logos and the order in the Oikós in a song to the Peace on earth, supreme aspiration of all the humanity through history, which cannot be established or consolidated if the order established by God is not faithfully respected. Because God made the universe out of nothing, and in it, he poured out the treasures of his wisdom and goodness (...). It is, however, surprising the contrast that with this wonderful order of the universe offers the disorder that reigns between individuals and between societies. It seems as if the relationships that exist between them cannot be governed by force. However, in the most intimate of the human being, the Creator has printed an order that the human conscience discovers and commands to observe strictly.

These stories necessarily refer to the conviction that the SDC, in its broad sense, about ecology and politics, is very old; and that, also, ecology and politics are interdependent human realities. Pope Benedict XVI, in the Message for the World Day of Peace of January 1, 2010, says: Creation is the beginning and the foundation of all the works of God and its safeguard has become essential today for the peaceful cohabitation of humanity. We speak of peaceful coexistence of humanity ..., however, we find that, at the beginning of the 21st century, we are told that in this "common house", there is a small part called the North, rich, developed and democratic; and another immense call South, rich in natural resources and raw materials and, however, impoverished and in development, where there are more than 1.020 million people who die of hunger, more than 1.800 million do not have access to drinking water, every minute 9 children die from malnutrition, and 21 from avoidable causes derived from contaminated water, lack of vaccines, etc.

This leads me, initially, to pose some questions: what management of the planet, what sense of responsibility has guided the rulers so that development is benefiting, practically, only a third of humanity?

- Is it possible to achieve social justice on the planet without changing the current patterns of coexistence among human beings, between societies and nations, and the relationship with nature?

- Is it possible to achieve the sustainability of the exploitation of the planet's resources without changing the models of the North-South power relationship, the relationship within the countries between urban and rural areas?

- Is there a relationship between injustice between peoples and the destruction of nature? Let's look at the world: where is the money, where is the political power, and where are the hunger and misery?

- Do the governments of rich countries have a greater responsibility in the face of the deterioration of the planet's natural capital?

- What educational policies should be implemented, so that citizens whose needs are over-satisfied, whose desires are permanently stimulated and dissatisfied, are integrated positively and constructively in the society in which they live?

- How is it possible that being aware that what we are doing has deadly effects for the planet and people, we continue doing the same?

As we can see, the questions, as a whole, refer to interdependent, planetary and highly complex issues. I will limit myself to reflect, in a general way, on some current issues that seem to me nuclear at the time of raising, from politics and ecology, how to commit to the advent of a new heaven and a new Earth at the beginning of the 21st century. I will speak, as is obvious, from the Church itself, as a religious community, inasmuch as it exists in this world and lives and acts with it (GS 40), from independence and autonomy (GS 75), from distinction and complementarity or scope of secularism (Benedict XVI, CV), in relation to the political community or the State, accompanying man with his discernment of the SDC. This doctrine that, in its strict sense, has begun to acquire its formulation, at the end of the XIX century with Leo XIII, in the case of politics, and the middle of the XX century, in the sixties with Paul VI, in the case of ecology.