Featured
articles
This is how Christian social doctrine bases human rights
As Monsignor Michel Schooyans demonstrates in his new book.

The social doctrine of the Church has become a decisive defense and foundation of human rights in a world caught between socialism and liberalism, notes Professor Michel Schooyans. 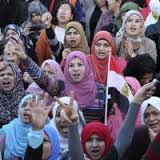 This is how Christian social doctrine bases human rights
As Monsignor Michel Schooyans demonstrates in his new book.
By: | Source: Zenit.org

The social doctrine of the Church has become a decisive defense and foundation of human rights in a world caught between socialism and liberalism, notes Professor Michel Schooyans.

In France, he has just published a new work in which he makes an original synthesis of his thought with the title "To face the challenges of the modern world - The social teaching of the Church" (Presses de la Renaissance, Paris 2004).

In this interview he has addressed some of the burning arguments he presents in his book.

What is the relationship between the social doctrine of the Church and the defense of human rights?
In the first documents in which the social teaching of the Church began to be articulated, the Popes referred to situations of abuse and oppression that the moral conscience had to denounce. The aim was to question the structures established to transform them into fairer economic and political structures. None of this is outdated, quite the opposite.

But two new factors have emerged, which have led to a deepening of the teaching of the Church on society.

The first is the experience of totalitarianism, whose different manifestations have in common the desire to destroy the human person psychologically.

The second is the take-off of the personalist philosophy, from which the pastoral constitution of Vatican Council II «Gaudium et Spes», and which John Paul II began to develop very early, in Krakow and Lublin, greatly benefited.

Since then, in its social teaching, the Church emphasizes that human beings are made to live together, that all have received life as something shared with the same God, of whom all are images. In this way, the teaching of the Church is enriched by rich anthropology that bases the rights of man: the right to life, to found a family, to practice a religion, to work, to associate, etc. Inalienable rights that the State and international organizations must promote and protect.

The theology of creation finds its foundation in the first chapters of the book of Genesis. Man is called to transmit life and to be an administrator responsible for creation. Now, when Men behaves as if he could seize the gift of God that is the environment, moral problems arise.

Today there are new forms of greed that lead some private groups or certain states to abuse the resources of the world, exploiting them according to their particular interests. It is forgotten that the goods of the Earth have been placed by the Creator at the disposal of all mankind. This means that we have a responsibility not only to our contemporaries but also to future generations.

This explains the repeated calls of the Holy Father in favor of human ecology: Man is the most beautiful gift of God to man, he writes in synthesis in the encyclical "Centesimus Annus" (Cf. number 38). We are not credible when we try to respect the environment but we do not respect the human being in the first place and when their unique role is not recognized at the summit of creation.

Also, and contrary to a bucolic ecology, the residue of dreams of intellectuals of the Enlightenment, where man is absent or does not intervene in nature, it becomes violent. Man must constantly cultivate the environment to prevent erosion, desertification and the destruction of crops by harmful insects, etc.

Finally, unlike the pantheistic ecology inspired by the New Age, man is not the simple product of a material evolution; He must not alienate himself or be alienated by offering a Neopaganic cult to Mother Earth.

In one chapter of your book, you address the relationship between demographic policies and democracy. In another chapter, it shows that children are the best investment. What are your arguments?

Western democracies continue to use and disseminate for their benefit the Malthusian ideology and its neo-Malthusian corollaries. According to the modern expressions of this ideology, the security of the rich countries would be threatened by the growth of the population of the third world countries. A demographic "bomb" from the third world would be about to explode, submerging the rich countries and threatening their welfare. Therefore, according to this ideology of demographic security, it is urgent that the rich countries effectively control the growth of the poor population. This control should be done with the connivance of the ruling classes of the same developing countries.

Now, such control ends up being coercive, as shown by the examples of India, Brazil, Mexico, Peru, etc. It is a lie and a physical and above all psychological aggression to tell these countries that the development of democracy goes through the mutilation of 40% of women of childbearing age.

The European countries, which have financed these campaigns extensively, have been caught in the same trap. By financing and legalizing the rejection of life in their own home, the populations of these countries age and even decline. This is what the great French demographer Gérard François Dumont has called the «demographic winter».

In its social doctrine, the Church confirms for moral and religious reasons what many experts say in economics, in demography, and in political science, that is, the most important thing today is not physical capital (raw materials) but human capital, that is, the man well-formed morally and intellectually.

You relate peace and development and propose a global agreement in favor of development. How does the social doctrine of the Church indicate the virtuous path that leads to economic, spiritual and social development?

Since its origins, in the nineteenth century, the social doctrine of the Church has pronounced critical criticism against socialism and liberalism. To socialism, it reproached for not trusting the human person and expecting too much from the public powers. Liberalism reproaches it for favoring an individualism that consecrates the supremacy of the strongest to the detriment of the weakest, and not wanting to recognize the necessary and legitimate role of public powers.

In its social teaching, the Church recognizes the subsidiary role of public powers: they must be at the service of people, intermediate institutions and civil society; they must be under their control. There is a precarious balance that is only maintained when the social actors have a strong moral and religious motivation capable of leading them to promote the common good, to have a particular tenderness for the most vulnerable, to work for justice and peace.

This ideal, the only worthy of man, implies that the same public powers, international organizations, economic structures are not indifferent to the truth, that is not morally relativistic, or purely utilitarian or even cynical, but that everyone is concerned to serve and not to be served.

In a globalized society, the social teaching of the Church appears as a light that radiates hope. A light that, for our greatest satisfaction, is ourselves.