Reflection on the note: for a reform of the international financial and monetary system in the perspective of a public authority with universal competence 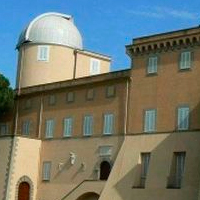 On the "Vatican" proposal to the global economic crisis

On the "Vatican" proposal to the global economic crisis
Reflection on the note: for a reform of the international financial and monetary system in the perspective of a public authority with universal competence


On Monday, October 24, 2011, the Pontifical Justice and Peace Council published a note entitled “A reform of the international financial and monetary system in the perspective of a public authority with universal competence”. In the face of the financial crisis in the globalized world, it seems to be worthy of attention that the Church is concerned about diagnosing and seeking solutions to a problem that affects us all. Since the year 2008 we have been periodically shaken by worrying news of market volatility, suspension of payments, fall of national exchanges, closing of banks, instability of currencies… even we are not experts in economics, we realize that something is not working in the current capitalist system, and we wonder if it will not be collapsing and in the end, will be those at the base of the pyramid those who end up holding the weight of the entire cupboard and paying the broken dishes.

Since the fall of the Berlin Wall and the publication of the encyclical "Centesimus annus", Pope John Paul II had warned that in the face of the collapse of the communist system, only the capitalist system would function if it accepted some corrections. And he pointed out three conditions: that the money did not precede the work, that the worker was not subjected to the product and that the profits were not the only and main interest, forgetting the common good. And at the economic level, he defended private ownership and initiative, but linked socially and orderly by the State to the common good. Twenty years after its publication, we can see that the dominant neoliberalism is not only being reversed against man, but -as Benedict XVI said at the recent meeting of Assisi on October 27, 2011- the adoration of the sucker, the having and the power, it reveals an anti-religion, in which no longer counts the man, but only the personal gain”.

Not for nothing, some keen thinkers have observed that both the Marxist-communist and the capitalist-neoliberal system plunges its philosophical roots into the reduction of the man who proposed Hegel. Not only did the communist system cause a spiritual emptiness by sacrificing human freedom and denying all transcendence, but also wild capitalism has reduced man to a piece within the system and has been blindly entrusted to the direction of an invisible hand that does not accept moral rules beyond the profit and the sum of the particular interests. That is why the document of the Holy See finds in economic liberalism without rules or controls one of the causes of the current economic crisis and denounces the separation of the speculative financial markets of the real economy.

The globalization of the economy has been more reflected in the freedom of movement of the great capitals and global investors than in globalization of opportunities, the media, and solidarity for all. If we also add that this globalization has often obeyed the particular interests of politicians and technocrats, we will not be surprised to see ever greater concentrations of wealth, inequalities in their distribution and indebtedness of governments, to stay in power.

We will understand this better if we analyze the economy of the richest countries in the world. It may be possible to discuss the specific way to make the solution to this global economic crisis and a possible global financial authority, as the Vatican agency proposes, but hopefully the urgent need for reform that recovers the primate of the spirit and ethics, so that the economy is truly in the service of man and the common good.